The Naughtiest Girl in the School covers through the years

Despite only having three books there are two different illustrators. W. Lindsay Cable (illustrator of the original St Clare’s books) did the covers and internal illustrations for the first two books, while Kenneth Lovell did the final one.

Lovell has done his cover in a very similar style to Cable, and used the same uniform colours etc so it is not a jarring or obvious change. 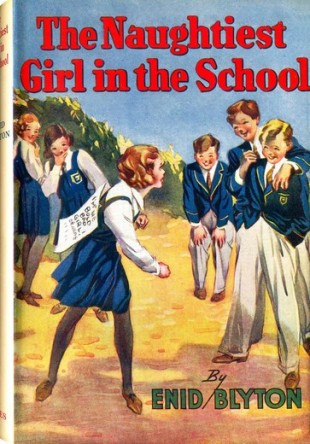 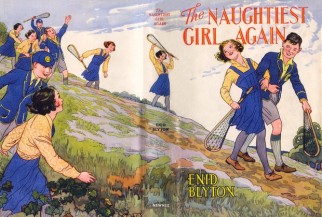 Lovell’s characters perhaps don’t have quite the same air of movement but then they appear to be indoors and under the eye of grown-ups!

Unusually for an early, popular series, there are no new hardback editions. Not every series had those but both Malory Towers and St Clare’s have a second set with new dust jackets.

This series goes straight to paperback (though later impressions of the first edition had a few alterations to the spine design) and of course the 1960s paperback publisher of choice is Armada.

The 1960s set come with the usual Armada look with the brightly coloured backgrounds and illustrations by Dorothy Brook. 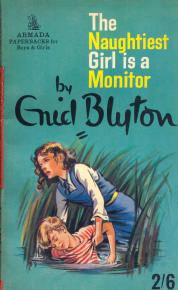 The 1970s set also have bright backgrounds but a different look; both to the previous covers and to each other! They are not the most disparate covers I have seen, but the sky background in particular between the two orange/yellow ones looks odd. They are by an uncredited artist.

The bold and the dull

From 1967 to 1990 we saw a variety of publishers and styles. Merlin, Dean, Beaver and Red Fox all did their own covers, some more than once.

The first was Merlin in 1967/68 with some rather drab and dark covers. I’m never fond of Clyde Pearson’s work it has to be said. His covers are always quite serious and his internal illustrations are often strange. I mean why such dark cloudy skies? Why such dark green uniforms in a grey and green school yard? Why so many black uniforms and details? 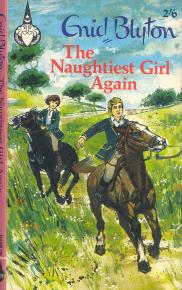 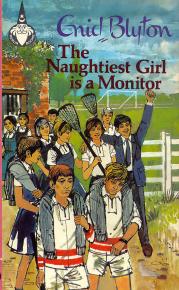 Dean’s first set (in hardback) in 1972/73 is one of the brightest with the almost fluorescent yellow, bright red and shocking pink along with very stylised cartoon schoolgirls by an uncredited artist. Deans 70s hardbacks are not usually known for their realistic or toned-down covers. These are so stylised they probably get away with it – it helps that there is a ‘vintage’ air to them now as well. It’s just a pity they chose a reddish font for the last book as it’s a bit headache inducing to read! 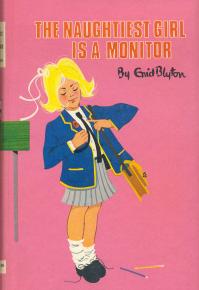 Their second set (also from an uncredited artist) is from 1989 and is very much darker both in colour and content. This set uses their ‘upside down Polaroid’ design which features on so many other series, with a sad selection of brown and beige backgrounds. As for the dark content I refer to ‘sad girl on swing at night’, ‘lonely girl at bus station with pile of belongings’ and ‘two almost drowning children’. The first must depict Elizabeth before she kicks out at Robert though it lacks a sense of anger or suggestion of movement. I can’t remember if Elizabeth gets the bus to school, if so it’s hardly an integral part of the plot. I mean, would these really stand out on a shelf and attract readers? 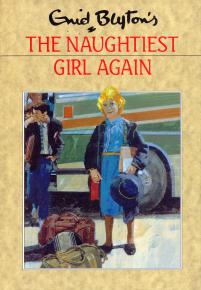 Beaver also have a bright set and a more neutral one, though neither has a cover for the second book.

The bright set is from 1979, and reminds me a bit of Grange Hill for some reason. I think it’s the yellow background and the almost comic strip image. These covers were by Martin Aitchison.

Beaver’s second set was in 1986, with a very different look. I have a nostalgic fondness for this as my first copy of the Naughtiest Girl was the Red Fox omnibus which reused the illustration from the first book here. Elizabeth reminds me of someone but I cannot think who. I like her cheeky grin anyway. 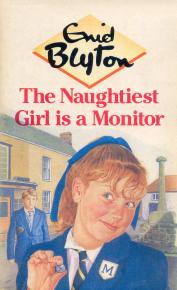 Speaking of Red Fox they reused these covers for their 1990/92 set, with the cover for the second book done by, I presume, a different uncredited artist as Elizabeth looks quite different. Older and more stylish, perhaps. She also reminds me of someone, an actress perhaps. 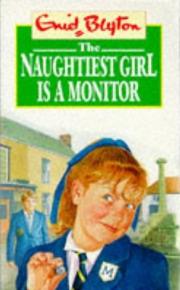 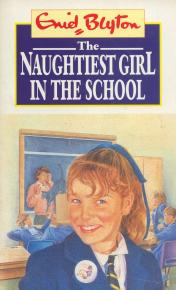 There is also a sneaky Armada cover in amongst all those – in 1987 they released a new paperback of The Naughtiest Girl Again. This comes under the ‘drab’ category for me!

From 1997 Hodder took over and have published four full sets of the three books, plus an extra one of the first.

The 1997 set are quite nice in my opinion. They are a little like the modern Hoddern Famous Five covers, and look almost as if they’ve done the same in taking an original cover and giving it a new banner etc. These are by Max Schindler. These are reused in 2000 with a ‘full colour’ badge added, also like the Famous Five. The first cover is also reused for the 2010 70th anniversary edition, cropped, flipped, and with a big border. 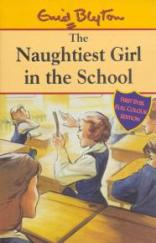 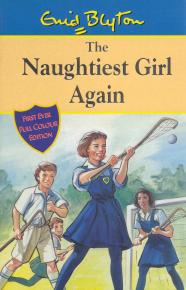 Then in 1999 they went very modern with two school covers and one that looks like it belongs on a Nancy Drew book, drawn by Paul Davies. 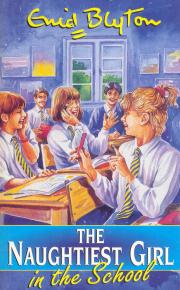 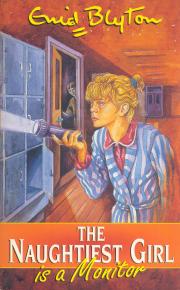 In 2007 they went even more modern (and awful) with covers by Teresa Murfin that make you suspect the children are not altogether human at this school. I have an irrational dislike of the devil horns and tail they’ve added to the font. She’s a school girl acting out, firstly because she doesn’t want to be sent away from home and later because she has a very strong sense of right and wrong but a poor control of her temper. She’s not a devil. 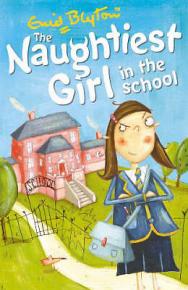 The middle one is how I see these sort of covers. That’s the School of Roars cast (a series on CBeebies with the voice of Kathy Burke for those of you without toddlers).

Here’s how it really looks, not that different! 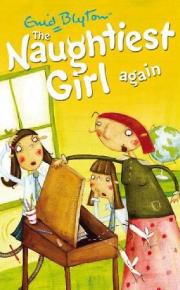 And in 2014 the children are also very modern but also angular as drawn by Kate Hindley.

Published as a stand-alone book in 1997, Here’s the Naughtiest Girl was first published in Enid Blyton’s Omnibus. It’s a short story rather than a novel but it’s now printed as a fourth book in the series.

Its first edition is the attractive Max Schindler one,

Then it got new covers in line with the other three books: bright Paul Davies, demonic/monstrous Teresa Murfin and angular Kate Hindley.

I’m not going to include covers from the Anne Digby continuations, but they had two sets each. One by Paul Davies and the other by Teresa Murfin. It’s probably sufficient to say they are entirely in-keeping with the style of the ones shown.

As usual, the best covers have to be the originals. Followed perhaps by the modern ones masquerading as old ones. Everyone has a soft spot for their childhood covers, no matter how bad, though!