I did have a holiday planned for this week but due to the rules in Scotland it has had to be postponed until April 2021 (it had already been postponed from April 2020).

Cunningham and Petrov: The Mystery of the Missing Aeroplane chapter 15

The secret of Killimooin is a valley (or if you pick up a modern reprint, it could be a forest) which is believed to be entirely inaccessible due to the ring of steep mountains surrounding it. Unlike the Valley of Adventure there was no road pass in the past. As it turns out there is a way in – a very secret way, and once inside the valley turns out to be teeming with thieves and their families, an entire tribe of people in fact.

I found this photo today and it just made me think of Killimooin:

You can just see at the top right where a waterfall might flow down into this secret valley and the path the river could take through the trees.

Though, actually, that’s not a valley at all. It’s the top of a fence post. I found the below image on an article from The Sun, but it’s not clear where they found the left frame. 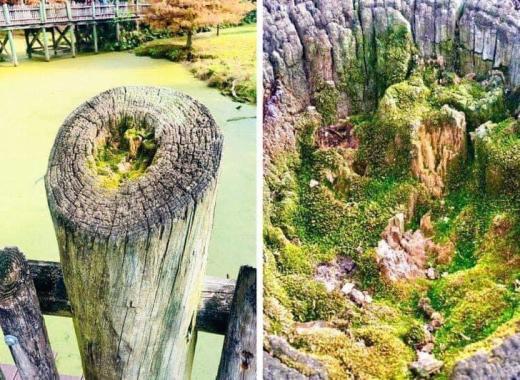 This entry was posted in Blog talk and tagged Monday, October, The Secret of Killimooin. Bookmark the permalink.