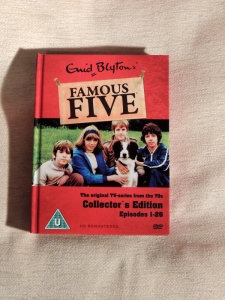 When it was announced to be finally hitting the shelves in August of 2012, the fans of the 1970s TV series went into squeals of delight. Many couldn’t wait to get their hands on this box set, which promised to included extras such as a booklet, and an interview with Jennifer Thanisch (Anne), Gary Russell (Dick), Marcus Harris (Julian) and writer Gail Renard.

I have had this item on my Amazon for a long time (sneakily) waiting for the price to drop a little. As I am a great advocate of the 1990s TV series, I didn’t feel quite the need to pay the twenty six pounds or whatever it was for the box set. I held back until last Thursday when I saw it in the Seven Stories gift shop as part of their Enid Blyton merchandise to go with the exhibition upstairs.  Given that I finally had the box set in my hand, I figured I had no reason not to buy it (much to Fiona’s despair because I paid more for it in Seven Stories than I would if I had purchased it from Amazon)!

Anyway, so I brought it, under the guise of ‘well now we can watch the interview together’ and that is exactly what we did.

The first thing to do was to read the little booklet that was attached to the box set. I was a little disappointed that there maybe wasn’t more to it, or that you couldn’t remove it from the case which makes it a little fiddly to read, however it was lovely to read Gail Renard’s memories of being on set, working with the (then) children and writing the episodes. It’s a lovely little book that is a nice touch for the complete box set, set alongside the episode guide and some pictures from the production.

The next challenge was locating the special features. There is no indication for where the special features were, so we had to go through several disks to locate the illusive interview (disc three in case you need to know) and settled down to watch.

It was nice to see Jennifer Thanisch in the interview as I’ve not seen her talking about her role as Anne before. Gary Russell, Marcus Harris and Gail Renard have all appeared at Enid Blyton Society Days that I have attended, but their presence was not any less appreciated.  It was nice to see them all sitting up there, chatting about what they had all been up to. I don’t want to type out every part of the interview for you, because that would what spoil it, but it is a good feature to have as part of the collection. It’s about fifty minutes long, and some of the camera angles were maybe a bit much (along with the sepia toning on occasion) but very nice to watch and listen to their memories.

It was also nice to know what they did after they finished the Famous Five, and how Thanisch and Harris ended up away from acting, while Russell continued acting for a while and then went into writing and producing. Questions I think that wouldn’t be answered otherwise are very helpfully sitting on the DVD for all those who need to know.

The other features include the original TV trailer for the series and a slide show of photos of the locations used during filming. All in all I think these features to make it worth getting the Complete DVD Box Set rather than the two individual ones.

The episodes have been ‘digitally remastered’ (don’t groan), as they now cut a lovely clear picture and the night scenes are not too bad now either. (Originally they were shot in daytime with a dark filter over the camera, and it made it awfully difficult to see things).

Overall, I’m impressed with this little box set, its a very nice addition to my collection of Blyton memorabilia. I just hope when they get round to releasing the 90s series on DVD, they do as good a job as they have done with the 1970s version! 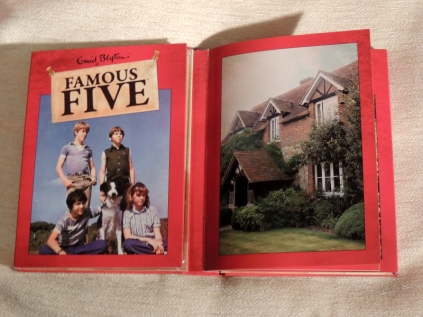 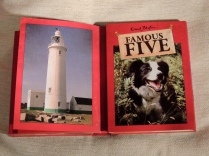 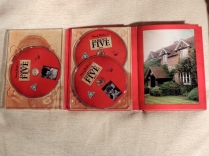 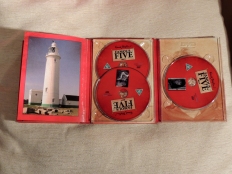