Best of Blyton at the library

I’ve started my new job in a library now, and I’ve been taking full advantage of my access to all those books! In a quieter moment I ran a catalogue search for Enid Blyton and it came up with 264 hits over the 14 libraries.

I’ve listed the ones I’m most interested in below.

Written by Hugh Morgan, these are novelizations of the 90s TV series. All eight were published, but my library has just the two. Seeing as I just watched the Island of Adventure episode, I’d be interested to see if the novelization adds anything to the overall story.

I think these are the same adaptations that Stef has reviewed, but I would like to listen to them myself and see what I think. 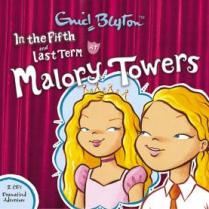 I’m not sure that there’s anyone who could really and truly capture Blyton’s characters and writing well enough to convince me they are worthy of having her name on the front of a book.Yet, I’d still like to read these continuations. These books pick up after Darrell, Sally and co’s last term at Malory Towers, then seem to focus on Felicity who is in her third year to start with. The blurbs make them sound rather like repeats of the original books – a new girl with a secret, a thief in the fifth form and so on, but the last one sounds interesting at least.

After taking their Higher Certificate, the sixth formers want to relax this term. But the Head has a surprise: a finishing school course, with old girl Gwendoline Lacey as teacher. Yet someone is determined to drive her out — and it takes the return of Darrell to solve the mystery. 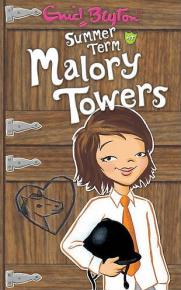 There are three of these, filling in the gaps in the St Clare’s series, and my library has two. I think, potentially, these would be harder to believe in than the Malory Towers books as they slot in-between other titles and presumably feature all the main characters. That requires an even bigger skill in capturing personalities and atmosphere. 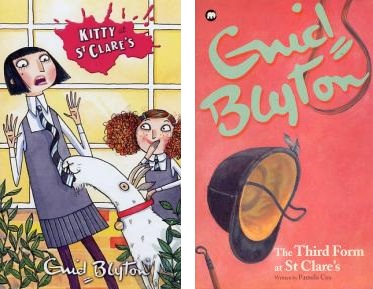 The library has the first four novels out of the six that have been written. Some of them sound rather modern – girls called Kerry and Emma, waterpistol fights, a campaign to save a tree in the school grounds – but the first few sound closer to the sort of things Blyton wrote about. 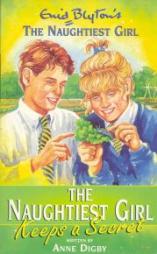 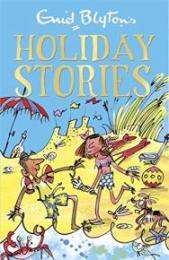 Enid Blyton’s Holiday Stories. This is one of the new themed collections that have been published by Hachette recently (including Christmas Stories and Summer Stories amongst others) and contains a host of short stories from publications such as Sunny Stories for Little Folk. It also contains At Seaside Cottage, which is a story about Janet and Peter before they formed the Secret Seven. That’s something I’d like to read, but it would be nicer in its (hard to find) original form.

The Riddle that Never Was – formerly known as The Mystery that Never Was – is part of a six book series created from stand-alone titles. Gillian Baverstock (Blyton’s elder daughter) edited each of them to form a series about the same children. I have read the original, so it would be interesting to see how it has been changed.

The first Famous Five Adventure Game I read/played the second in the series and didn’t think it was particularly good, however, my need to ‘complete’ series is making me want to borrow this too.

The Case of the Bogus Banknotes just one of several Famous Five on the Case titles the library has. I don’t think I could stomach a ‘Blyton’ story about bogus anythings.

Bizzy and the Bedtime Bear is another crazy continuation, this time of the Faraway Tree series. There are seven sickening-sounding titles in total. How revolting does this sound?

Recovering the Bedtime Bear from the Sleepeez who live there won’t be easy. Especially when the Faraway Fairies are accused of being ‘party poopers’. They need to put this adventure to bed quickly when Talon the Troll is ready to take advantage of any mistake.

The Island of Surprises is a Wishing-Chair follow up (one of six). These feature Jack and Jessica, and a Pixie called Wishler. They sound marginally better than the Faraway Tree continuations, but that’s not saying much! 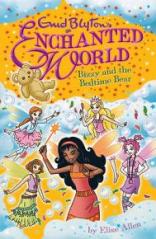 AND THE ICING ON THE CAKE

I didn’t truly believe that this Spydus record would turn out to be true. It doesn’t exactly contain much detail, and at the time I viewed it it was apparently in transit from the Children’s Centre to Leisure Reading. It turned out to be amongst the other Blytons in the secondary stock area (where all the books that don’t fit out on the shelves have to live) and amazingly, it is indeed a 1923 copy! I’m going to do a proper blog about it later, so I won’t say anything more about it now.

I can see that I’m going to be very busy borrowing books now – thankfully as a staff member I can borrow up to 30 books and don’t get fined if I bring them back late!

This entry was posted in Other Authors, Reading Recommendations and tagged Continuation books, Libraries, Malory Towers, St Clare's, The Enchanted Wood, The Famous Five, The Naughtiest Girl, The Wishing Chair. Bookmark the permalink.

4 Responses to Best of Blyton at the library