What would Enid Blyton’s characters be unwrapping for their Christmas?

When I wrote my Enid Blyton Gift Guide I started wondering what the children in her books would be unwrapping on Christmas day. It was a very different world in the 1940s, 50s and 60s especially in the idyllic bubble Blyton’s characters inhabit. There was no care for consumerism or fashion – TV barely features so no incessant adverts for the latest toy or must-have gadget.

On the whole I think Blyton’s characters would get very wholesome gifts – and nowhere near as many as children get today. There would be home-made gifts, practical gifts, books, games, a few toys…

I won’t include ‘standard’ gifts like hankies and novels but here are some more specific presents that some of Blyton’s characters might have unwrapped once upon a Christmas.

The Presents of Adventure

My first thought is that Kiki would have to get something to eat. Probably a big bag of her favourite sunflower seeds. She does love raspberries but in the 40s they would have been seasonal and not flown into the supermarket from around the world! If she’s lucky Jack might let her peck one out of a jar of jam, though.

Jack himself would get film for his camera as he goes through that at a rate of knots, taking photos of birds. I could also see him getting at least one more bird book, and perhaps a new pair of field glasses.

With Philip’s passion for wildlife he might also get some field glasses, and a book about whatever animal he is currently mad about.

The girls were harder to come up with ideas for as they don’t have a hobby like the boys do. One year (and only once as she would go wild and punch him!) Philip might buy Dinah a book about insects – complete with lots of pictures. On the plus side she would never keep it and Philip would then get to enjoy it.

I rather thought Lucy-Ann might get a ship in a bottle once after the events of The Ship of Adventure, she did love the one Philip had. Or Jack might give her a framed photo of the family, as she’s very appreciative at having one.

related post⇒ The Ship of Adventure

Bill would get a steady stream of hats to keep his bald head warm (perhaps wonky knitted ones from Lucy-Ann) and Mrs Mannering/Cunningham would get treated to  what every mother would get – bottles of scent and other toiletries.

I like to think that Gus would send a gift to the family after the events of The Circus of Adventure. Being a prince it would probably be a very extravagant gift like a huge hamper of Tauri-Hessia’s finest delicacies.

Timmy’s was the most obvious – a great big smelly bone!

Uncle Quentin would get a new diary and calendar that he would a) forget to write in and b) forget to check.

Aunt Fanny would get token gifts from the children and probably nothing from Quentin as he would forget!

Anne would always be excited by a new doll, and later on she collected horse-brasses so those would make a good gift.

George would only want boyish things. To her mother’s dismay Julian, Dick and Anne might club together and buy her some hair clippers – or a gift voucher for a haircut.

Julian and Dick were actually harder to think of ideas for than the girls. Julian has expressed an interest in drawing and painting a few times so he could get some good pencils or paints. Other than that they would both get typical boys’ things like pen-knives and batteries for their torches.

“Oh a railway station! Just what I wanted! Who gave me this marvellous station?”

“A new doll – with eyes that shut! I shall call her Betsy-May. She looks just like a Betsy-May!”

“I say – what a whopping great book – all about aeroplanes. From Aunt Fanny! How decent of her.”

“Timothy! Look that Julian has given you – a collar with big brass studs all round.”

“Who’s this from? Oh – from Mr Roland. Look, Julian, a pocket-knife with three blades!”

“Who gave you that book about dogs, George?”

– Some of the Five’s presents in Five Go Adventuring Again.

The Secret of the Christmas Presents

Prince Paul would be an extravagant gift-giver, like Gus. He would no doubt give everyone lots of wonderful Baronian chocolate, but he would also give the children anything they had expressed an interest in no matter the expense.

None of the children are materialistic but I can imagine Peggy or Nora admiring a fine coat in a shop window and Prince Paul buying it. The boys might lust after a Mecanno set or a model air plane and he would instantly snap that up too. 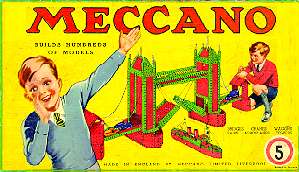 The children might have a harder time shopping for Prince Paul, I mean what do you buy for a Prince that has everything he could ever want?

The Land of Christmas Presents

Jo, Bessie and Fanny live in a very poor house so Christmas would probably be quite an understated affair. Moon-Face and Silky would certainly send some treats like google buns, toffee shocks and pop cakes their way, though. The Saucepan Man would likely mishear and send pheasants instead of presents.

In return the children would send some hand-made gifts. Jo might carve them something out of wood while the girls did some sewing – some pot protectors would make a good gift for the Saucepan Man!

The Mystery of the Christmas Presents

Fatty would be certain to get plenty of disguises – even if he had to buy them for himself.

Buster  would be spoiled with dog biscuits, a bone  and perhaps one of those little tartan coats for dogs.

Fatty would get the other FFOs gifts to aid in their detecting. Sherlock Holmes stories for them to study, notebooks to write their clues and suspects in. He would buy Bets the nicest notebook and a pen to go with it, as she’s his favourite.

What else might our favourite characters get? Let me know in the comments!

This entry was posted in Characters and tagged Christmas, Christmas Presents, Gifts, The Adventure Series, The Enchanted Wood, The Famous Five, The Secret Series. Bookmark the permalink.

2 Responses to What would Enid Blyton’s characters be unwrapping for their Christmas?