We’ve had a week of mostly lovely weather, so I’ve been making the most of it before I return to work this week.

Cunningham and Petrov: The Mystery of the Missing Children chapter 4

Then, to his unutterable horror, one of the suits of armour walked off its pedestal, held up a stiff and clanking arm, at the end of which shone a wicked-looking revolver, and said:

The voice sounded hollow. Scar-Neck and the others stared in the utmost dismay, and then looked round at other suits of armour, which were also coming alive! It seemed like a bad dream—but a dream that had too many revolvers in it!

In a scene from The Castle of Adventure that wouldn’t be too out of place in a horror movie, Scar-Neck and his colleagues are seemingly set upon by a small army of medieval knights. 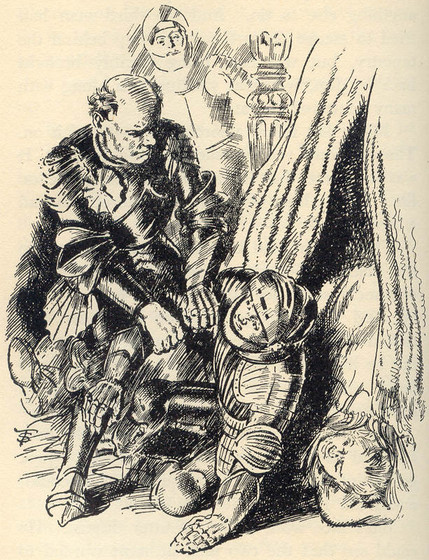 This entry was posted in Blog talk and tagged April, Monday, The Castle of Adventure. Bookmark the permalink.