There have been a few adaptions of Enid Blyton’s Famous Five for the television and screen over the years. The first was Five on a Treasure Island in 1957, in black-and-white, made as a weekly serial for cinema goers by The Children’s Film Foundation. The second was the 1964 adaptation of Five Have a Mystery to Solve serialised in the same format.

This blog and subsequent blogs will not be focusing on these two adaptations but will look at the 1970s and 1990s TV adaptations. I chose these two series because they get compared an awful lot on the Enid Blyton Society Forums. Due to these comparisons, I decided that I wanted to have a more detailed look into the two series and compare them to the original text and each other.

In this post I plan to outline a few key factors that need to be taken into consideration when looking at these adaptations, and introduce you to the actors and actresses who took on the roles of Enid Blyton’s Famous Five. 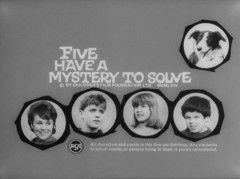 Let’s take a look at what we should remember when looking at these TV series.

Now we have those six points that you need to keep in your mind when reading the blogs that will come after this one. On to the actors and actresses now! 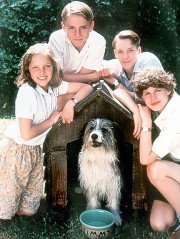 There are the two main casts you will need to know about for these blogs. Two stellar casts that can divide opinions; for example neither Timmy really matches the one a lot of us have in our heads.

The first blog for the TV series to appear will be looking at Five on Treasure Island, and how the 90s adaptation lives up to what’s in the book. I shall also examine the official first episode of the 70s series a little to explore the way in which the cousins meet and begin to gel together!

For now, I direct you to YouTube to see snippets and whole episodes of each series for yourself.