The Island of Adventure – How has Blyton’s original text fared in a modern edition? part 4

This week we’re on to chapters seven and eight (there are 29 altogether so this book could take me a while!) The earlier chapters were covered here, here and here.

My own copy of the book is a 1955 8th impression and the modern copy I’m comparing it to is a Macmillan one from 2001 (borrowed from Stef). 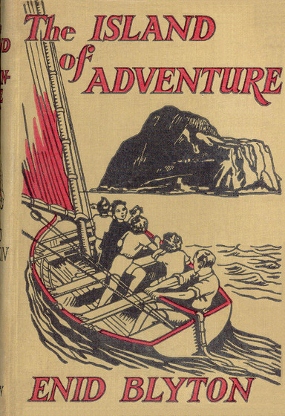 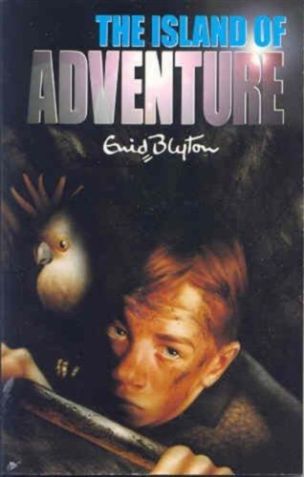 As mentioned in part one, the title of this chapter has been changed to An odd discovery.

The changes in this chapter can almost all be sorted into two categories – removal of queer and removal of black.

So the queers first, queer holes (in the caves) become just holes, no adjective given. How queer becomes how strange and mysterious and queer changes to mysterious and strange.

Sour also gets used instead of daft, when one of the children says that Jo-Jo/Joe is so daft and bad tempered.

CHAPTER EIGHT: IN THE CELLARS

I’m beginning to agree that Blyton might have referred to Jo-Jo’s colour a little too often. I’d say the same if he was very tall and she mentioned his height as often, though. It’s not something I can honestly say I’ve noticed on previous reads though, not when I’ve been reading purely for pleasure rather than for any sort of review or comparison.

Twice in this chapter the black man becomes just the man, and once he ends up being the jumpy man.

I rather think that they sometimes try too hard to keep the original wording in places, when they’ve made alterations. It happens twice in this chapter – first with Jo-Jo’s  black face looking as pale as it ever could look getting changed to Joe’s face looking as scared as it ever could look. Then again when Jo-Jo is rolling his eyes till nothing but the dazzling whites could be seen. This becomes Joe closing his eyes until nothing but the thinnest slits could be seen.

Neither phrase works as well with the edits. Why would an agitated man close his eyes? It might have been better to just cut the references altogether.

Jo-Jo is usually changed to Joe in the text but on one instance here, his name is removed and replaced with he.

Despite the cellars being referred to as cellars throughout the chapter in both books, in one use it becomes the other part of the cellar in the modern edition.

And lastly the boys become rather too nice when they head down to the caves, or at least Jack does. Originally he says to Philip: come on – let’s give [the girls] an awful fright, shall we? Now he says let’s give them a surprise. Not even an awful surprise, just a surprise. How goody-two shoes of him!

They still give them an awful fright, Dinah in particular and the paragraphs where she threatens to pull all his hair out, then proceeds to actually pull some of his hair out and hit him are left alone.

I’m going to count those as just nine changes. Although there are a lot of small edits, they’re all the same thing or close to it over and over. Sometimes I wonder if I should go back and count every edit just to see how many they made in total. Perhaps I’ll do that at the end of this book.

That takes us up to thirty-five individual changes now.

This entry was posted in Updating Blyton's Books and tagged The Adventure Series, The Island of Adventure, Updated Text. Bookmark the permalink.

2 Responses to The Island of Adventure – How has Blyton’s original text fared in a modern edition? part 4