How to get Blyton’s style: Ladies

I thought I would bring you something a little different over the next couple of weeks on the blog – inspired by a pair of shoes I found on a clothing website. This week I will look at how to have Blyton’s style for ladies and then next week I shall look at the Blyton style for men. 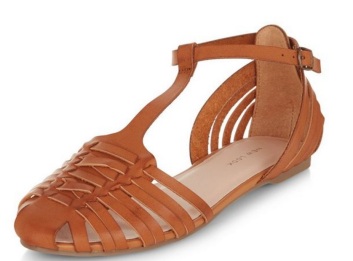 I shall start off with the shoes I mentioned earlier. The ones that gave me the idea for this post.

These shoes remind me of the ones I saw on the book covers for the 1990s Famous Five TV tie-ins. These look almost exactly like the ones our favourite Five were wearing. Unfortunately they wore them with socks, and that is quite unfashionable, even for me, and as Fiona will tell you, I am not at all fashion conscious!  This style seems quite trendy at the moment so you should have no trouble getting hold of them if you like. You can find them here courtesy of New Look. 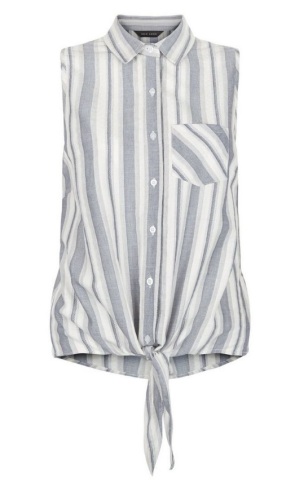 This shirt is possibly not what we would imagine any of Blyton’s characters to be wearing but it comes pretty close to the fashion of the day. The fact that children tended to wear shirts even in the holidays if you were as many of Blyton’s children were, upper or middle class. The inclusion of sleeves on this article of clothing would of course have made it better, but team it with a cardigan and you would barely be able to tell the difference. Another thing to ignore would be the knotted bottom as that was certainly more a 1950s onwards feature, but maybe girls such as Anne, Darrell, Sally and the O’Sullivan twins would have grown up and started wearing shirts like that to keep up with current fashion. Who can say. You can find the shirt here.

Shorts are the next part of our ensemble, and I’m rather chuffed with the discovery of these. The colour may be a bit strong, but actually to me they look very Blytonian. Not to mention practical. The rolled up hem of the shorts seems a very vintage thing for me, especially for children who were brought things with the idea that they would ‘grow into them’. The rolled up hem symbolizes to me that there would be enough material to get several years worth of wear out of them before a new pair needed to be purchased. What do you think? Click here for a closer look at the shorts. 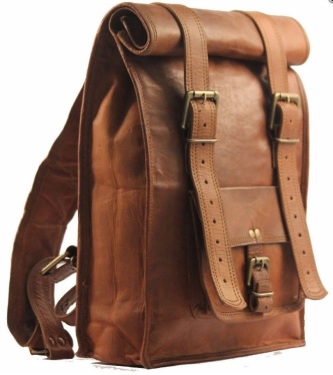 Now on to a lovely piece of kit that could work well for both sexes. This vintage style rucksack looks big and sturdy enough to carry all manner of camping equipment, and enough food, as well as maps, compasses and dog treats for your faithful hound. The extendible space also makes it perfect to go camping with, allowing you to add more in for a long week away! Not only camping but perfect for school as well. Lots of room for books and looks very neat and smart. I wish I had had one when I was at school, though I probably would have been too worried about getting it dirty to use it! Now, tell me who wants one? Find them here. 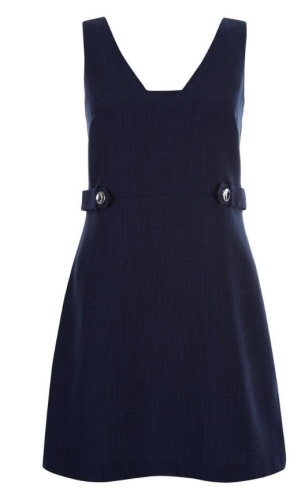 Just two more bits to go; we’re just going to have a look at some items that could be considered ‘school uniform’. Now it was unlikely that I was going to be able to find a pinafore dress in the brown (and orange) of Malory Towers so I plumped for a navy blue one. Neither Fiona or I could remember if the St Clare’s books mentioned what the girls’ uniform is like so we just went for a navy pinafore, with a smart look.

To me that looks fairly Blytonish, except erring a little more towards the 1960s. However you get the idea. Now this, with our last item will definitely make you into a very jolly-hockey-sticks lady indeed! 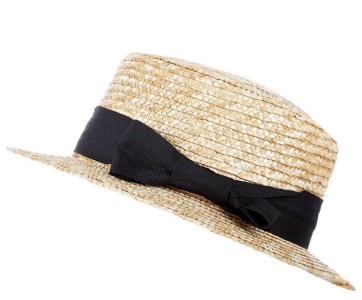 The hat! No school uniform or Blyton girl was ever without her school hat, in fact even Malcolm Saville’s characters were attached to their school hats, which I hope looked something like this. This is also reminiscent of the hats provided by Seven Stories when they did their End Blyton exhibition a couple of years ago, so this is what I thought would work as the traditional school hat. The only issue that Fiona would tell you is that the bow on the hat is black and the pinafore is navy so they should never be worn together, but there’s nothing stopping you either getting  a black dress or switching the material on the hat to match the dress.

So there we are a couple of bits and pieces to make the perfect Blyton tribute. Now, off you go and have some nice adventures but remember to report back next week to see what we’ve found for the boys to wear!

P.S: All the clothes were chosen by me (with some help from Fiona) and we’ve not been paid for sponsored by the companies featured.

3 Responses to How to get Blyton’s style: Ladies