February is nearly over yet it’s colder than ever! Up in Dundee we are forecast for EIGHT DAYS of snow, brrrr!

Mischief at Midnight, by Esme Kerr

Castaway Hill, the home of Smuggler’s Top, Mr Barling, a load of catacombs and some deadly marshes. Castaway is a creepy place, and home to a host of deadly dangers. There’s just one road in and out, if you stray from it you’ll be sucked down in the marsh! Or you might get lost in the catacombs forever, especially if you run afoul of Mr Barling, the local smuggler. 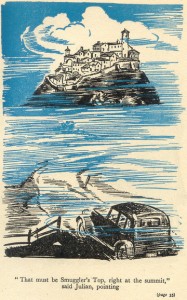 Frederick Algernon Trotteville, also known as Fatty to his friends and that toad of a boy to Mr Goon the local policeman. That isn’t because Fatty is bad, though, rather he’s too good – at solving mysteries ahead of Goon. He’s also good at ventriloquism, dressing up, getting out of locked rooms… and at boasting about all of that so he isn’t everyone’s cup of tea. I can safely say he is a real character, though! 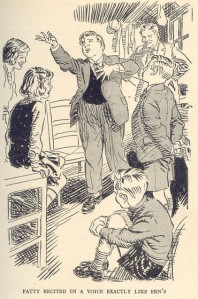