Five Go Off to Camp

“Now, when I were a boy, a boy not much older than this here youngster, there wasn’t no light-house out there – but there was always them wicked rocks! And many’s a time in a stormy season when ships have been caught by their teeth, a-glittering there, waiting.”

A short but spine-tingle extract from Jeremiah Boogle’s tales of wreckers in Five Go to Demon’s Rocks.

The Adventures of Mr Pink-Whistle, (sometimes known as Mr Pinkwhistle), is the first of three books about a half-man and half-brownie who goes around righting wrongs, going good deeds and showing naughty or unkind children the error of their ways. Each chapter has him appear in a new location to solve some sort of issue, by use of his magic brownie powers. 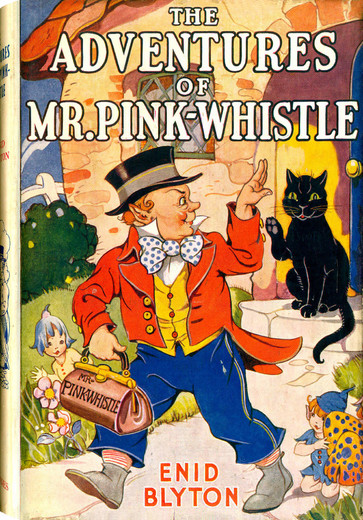