The Mr Galliano’s Circus covers through the years

Seeing as I like looking at all the different cover designs that Enid Blyton’s books have had over the years, I’ve decided it’s Mr Galliano’s Circus’ turn. I have already looked at The Famous Five, The Secret Series, The Adventure Series, The Barney Mysteries and Malory Towers.

There are three books in the series – Mr Galliano’s Circus, Hurrah for the Circus! and Circus Days Again.

The first editions were published by Newnes in 1938, 1939 and 1941 respectively. They all had covers by E.H. Davie, who at it turns out, is probably a man and not a woman as I had always thought. 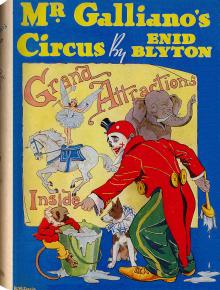 The three don’t really go together as a series, for me. The first two share bright colours, and the last two share a similar image of Lotta riding a horse but that’s about it. The first has a very 1930s look, the others are more timeless. I always have to look twice at the last one too, as it looks like a giant Lotta and horse are pulling the yellow caravan.

Mr Galliano’s Circus had two further hardbacks, in 1940 and 1942, both by Newnes and E.H. Davie. The 1940 one reuses the illustration from the first edition, cropped, with a white border and new text. The 1942 edition has a new cover entirely, which looks better alongside the first edition of Hurrah for the Circus.

Armada did the first paperback versions of the series in 1963, and another set in 1972.

The 1963 set have what I think of as the typical Armada look, and they use some fun, colourful fonts alongside illustration work by Dorothy Brook. 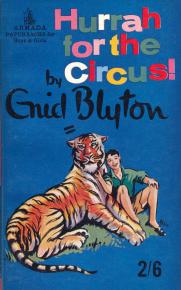 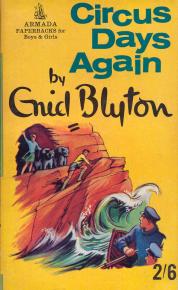 Again it’s a bit of a mismatched series. If the three books had different colours it might  have looked better than two yellows and one blue.

The 1972 set are more toned down, colour-wise, but also use an interesting font. The cover artist for these was not credited. 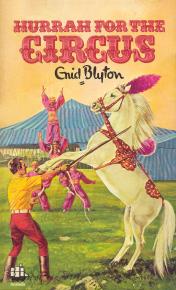 Between the two Armada sets is a Merlin set from 1967/68 set from Merlin, with artwork by Clyde Pearson. 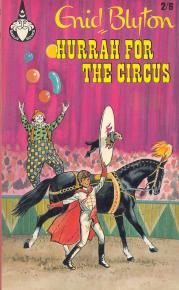 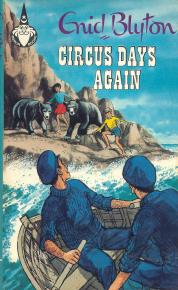 Pearson’s covers are the second to show the bear rescue on the cover of Circus Days Again rather than generic circus scenes. His internal work leaves something to be desired, but his covers are better, though the horse riders look very rigid and doll-like on the first one. 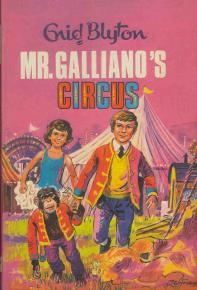 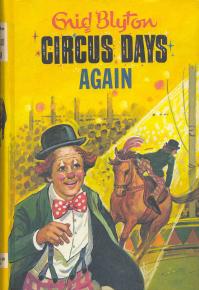 Hurrah for the Circus looks like it was probably done by the same artist, and it’s not beyond the realms of belief that the last book was too. I like the three colours chosen, and think they go together, but the different fonts make the books seem less of a series again. 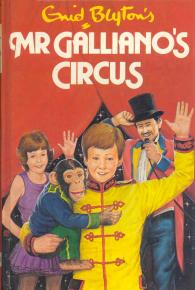 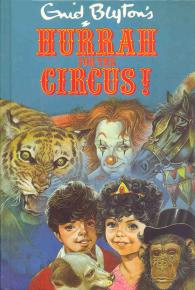 The 1984 set is just weird! The first book looks like something out of Sgt. Pepper’s Lonely Heart Club Band. The second has an extremely strange montage where Jimmy, Lucky, Lotta and Sammy look like they are under attack from a terrifying trio of a tiger, clown and horse. As for the third book, we have a clown looking over his shoulder while winding up a car. It doesn’t exactly capture a sense of what happens in the book!

This last set, from 1987, and in hardback, have a well-recognised Dean layout (an upside down polaroid, if you use my mental label). The series looks like it could be about a boy who runs riot in a zoo. First he runs through the elephant enclosure, then he goes to pet the tigers, and when he miraculously survives that he goes off to chase the bears. Not a circus tent in sight!

Beaver are the final publisher to look at, and they did three sets of books, plus a random extra one of Hurrah for the Circus.

I’m not sure this first one can classed as a set. David Barnett (cover artist for the 1994 Hodder Famous Fives) did the first and last book here in 1979, and in 1980 Miralles (whoever that may be, a person or a company I don’t know) did the middle one in a different style. 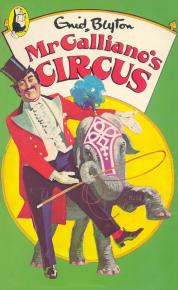 Barnett’s are garish in an attractive way, I suppose, while Miralles’ is quite bland except for the text. It looks more like they are at a ball (albeit with a horse) than in a circus tent.

Tony Morris did the next set in 1982, with the titles in a banner.

And finally, the last Beaver set from 1987. (I understand that in the past paperback licenses were separate from the hardback ones, so two publishers could be producing the same books in different formats at the same time). 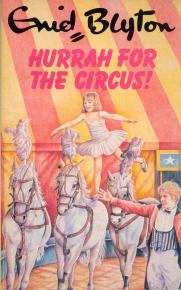 I quite like the striped background of the second book, though it seems a little out of place beside the other two which have similar layouts and colours.

There’s also a random Beaver edition of Hurrah for the Circus from 1985, but none for the other two books.

Mr Galliano in the past thirty years?

Getting away from purely looking at the covers, I was surprised to see that the last time the Galliano’s Circus books were published in individual editions was in 1987 – when I was probably still under a year old. (They may have continued to print one or both of these runs for a while, but I think we can assume the series has been out of print for a long time).

I have found evidence of ones published in 2003, in Australia, by Hinkler Books. 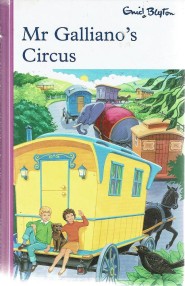 The books have been published in omnibus form more recently. I’ve found a book which contains the three Galliano’s Circus books, plus two of the Naughtiest Girls, which is a strange combination. From what I can tell it was from Cresset Press in 1992.

The tiny bit of image shown is from the 1987 Beaver edition of Circus Days Again, but flipped.

Another strange combo is this 2012 Egmont omnibus which claims to contain Mr Galliano’s Circus, Circus Days Again and Come to the Circus. Come to the Circus is a stand alone title, but there are four or five eBay listings at the moment which have “All four books in the Galliano’s Circus series” and include Come to the Circus. The cover seems to feature a wild circus which does its stunts on the outside of the tent. [A reader by the name of Brinly has recently let me know that their copy does just contain the three Galliano books – despite what Amazon’s, Waterstones’ and presumably other sales sites listings state!) 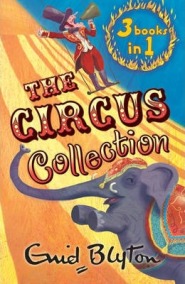 And the most recent edition is from Hodder in 2016, and described as a bumper short story collection. I know Hodder has released a lot of story collections which I assume are selling well, but it seems silly to market three novels in one as a story collection. It doesn’t contain 26 stories, it contains three books! The chapter flow one after the other, you can’t just read them in any order.

I couldn’t find any information of the cover artist, but the style looks familiar to me. I can’t think what book(s) I’ve seen it on, though!

Did you have any of these editions? (If you had the 1984 Dean of Hurrah for the Circus, I want to know if it still haunts your nightmares!)