Lego Blyton: Five on a Hike Together

Not too long ago I shared my Lego builds of Five On a Treasure Island. That was the first one I did, and then I got thinking of what else I could build (however badly) out of Lego bricks… and so Hike it was!

First up Dick sleeps in the barn and is woken by a strange Lego-headed man who gives him a strange message and passes him a mysterious note (represented here by a Lego newspaper).

They show the note to a policeman who tells them off for wasting his time. Maybe he’s cranky because his police station has no roof. 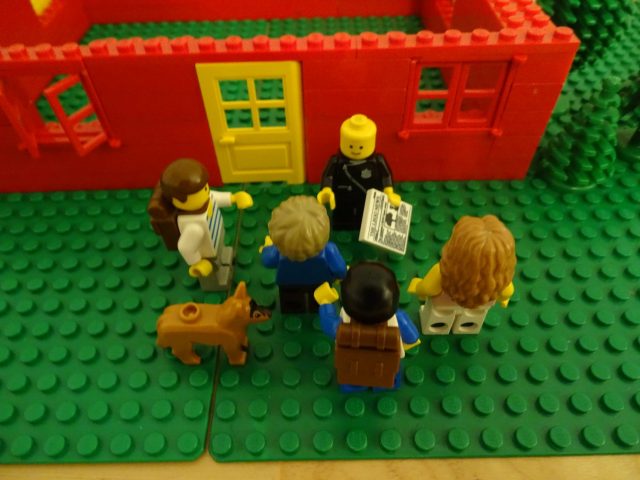 Having gotten advice from a postie they arrive at Two Trees. I’ve said before that I always imagined the trees to be enormous palms (for no sensible reason I can think of) so I decided to use palm trunks to represent the trees.

They hunt out the boat house which is very overgrown (with palm fronds, of course).

They pull aside some rotten bricks to break into the boat house. 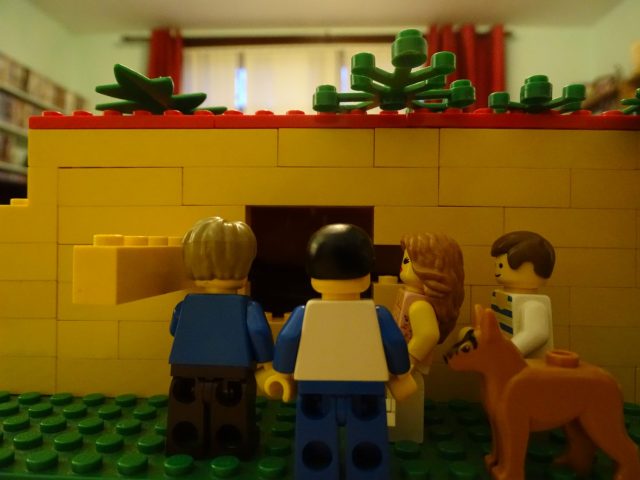 Inside is a raft that was far too big to fit with the roof on, and no Saucy Jane.

They go boat-hunting around the edges of Gloomy Water. 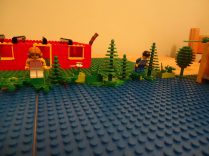 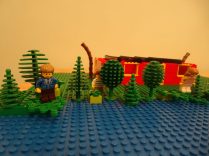 Before having the brain-wave to look in the water itself. (Rafting obviously doesn’t agree with Julian’s hair…) 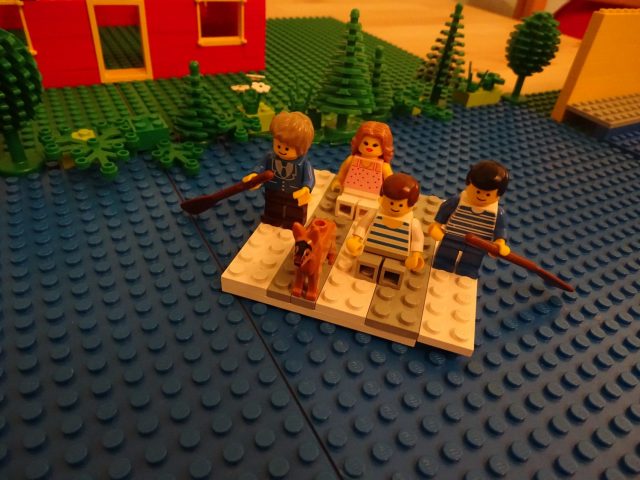 Then Dirty Dick and Maggie turn up to hassle them.

And lastly they have a run in (or should that be a row in?) with Dick and Maggie on the lake and Anne nearly falls in the water. Obviously the book doesn’t end there but it’s kinda hard to do an underwater boat at night in Lego. 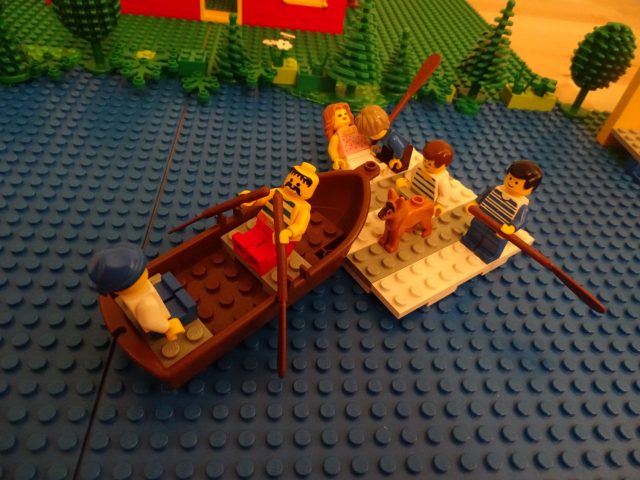 PS could you tell that the barn, the police station and Two Trees were all the same build with the windows and doors changed? I call that the economy of building.

6 Responses to Lego Blyton: Five on a Hike Together