I have been a member of the Enid Blyton Society (EBSoc for short) for – I was going to say over ten years but then I checked – fifteen years now, and with that comes three journals a year. I have also bought up as many back issues as I have been able to find, meaning that I now have 65 of the 78 issues so far. (My reminder note to resubscribe for journal 79 is currently pinned to the memo board in the hall, so I must remember to do it!) 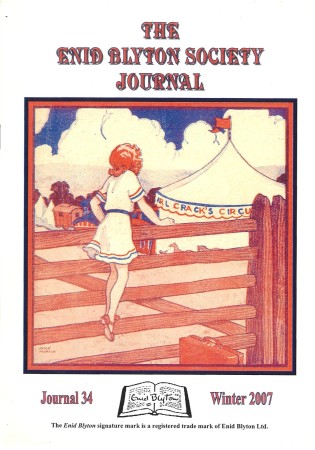 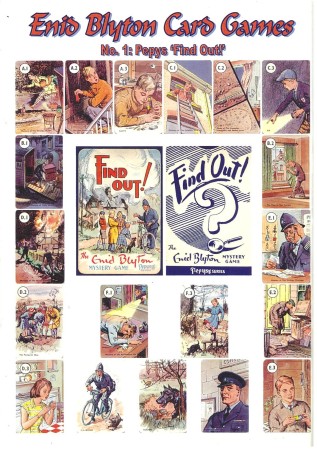 This was my very first journal.

A History of the Enid Blyton (Literary) Society Journal

The first journal was published in 1996 with 32 pages. That, and the next three had black and white printed covers on coloured coloured (buff, pale yellow, pale blue and pale mauve respectively). From Spring 1998 the journals took on the familiar white card with coloured printing. 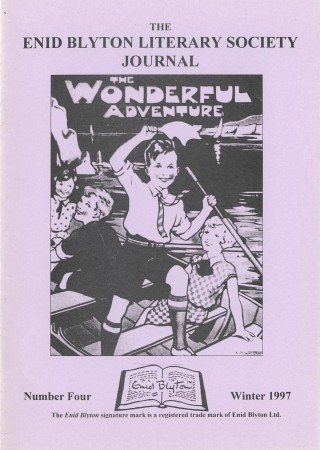 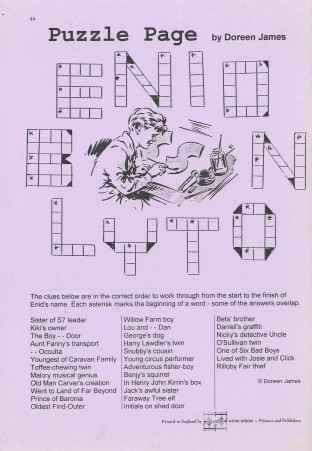 Two editions exist of journals 1-9 and 11, the difference (apart from the covers for 1-4) is that the second editions have a contents page.

Every year has three journals, a spring, summer and winter issue.

No inch of space is ever wasted, either, with even the back cover containing another gem. 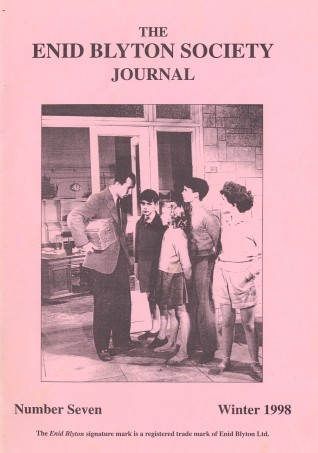 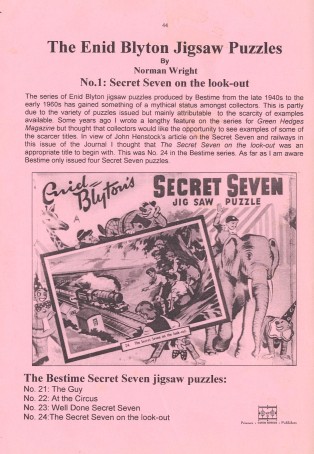 The contents of the journal vary, but there are some broad categories with regularly feature. The bulk of the content is written by society members – so anyone can send articles in for consideration. Many of them are forum members whose names I recognise. The rest is provided by Tony Summerfield, or Enid via Tony Summerfield. 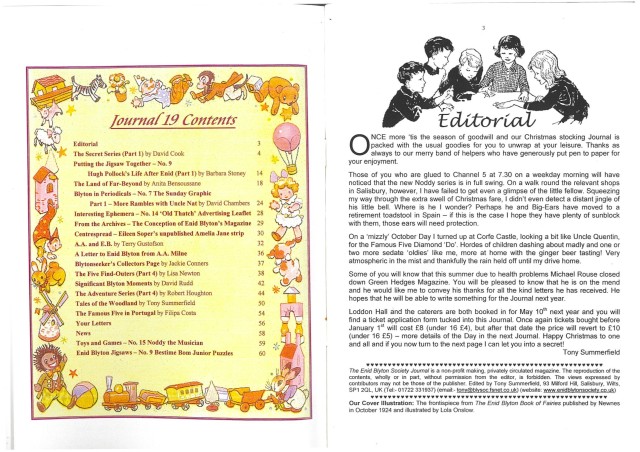 There are many reviews written for the journal, of Blyton’s books of course, but also of books written about Blyton, of TV series based on her works and so on. After 78 journals there has been more than one article about certain books and series, but it never feels repetitious as each contributor brings a fresh perspective. Some contributors are rather like me and have quite a lot to say, and so you will find their articles are split into several ‘parts’ published in sequential journals. 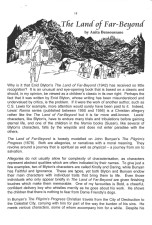 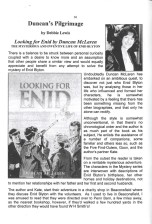 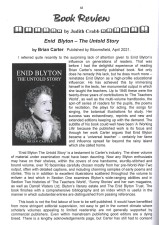 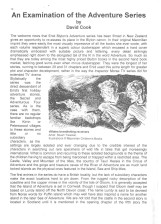 (Click on any of these article previews to read the text.)

There are often articles about particular characters, places, events, or themes within her works. 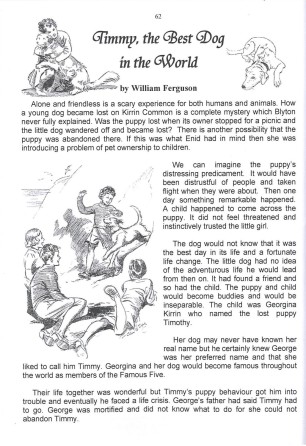 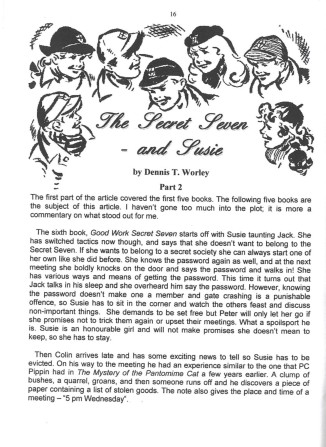 Tony Summerfield includes uncollected stories which are ones published in magazines but never reused anywhere else – the sort of stories most people will never have read unless they happen to own a particular issue of Sunny Stories. He also includes a lost of things under the Enid Blyton Ephemera banner, such as scans of letters, photographs, cards and postcards and all sorts of interesting bits and pieces. 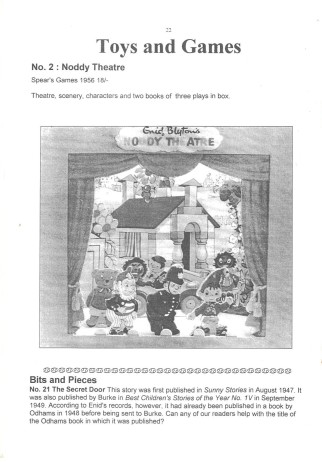 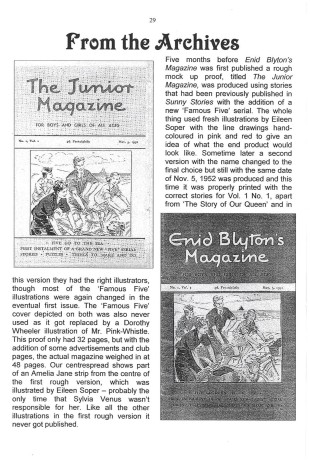 There are even a number of famous names (in the Blyton world, anyway) who have written for the journal. 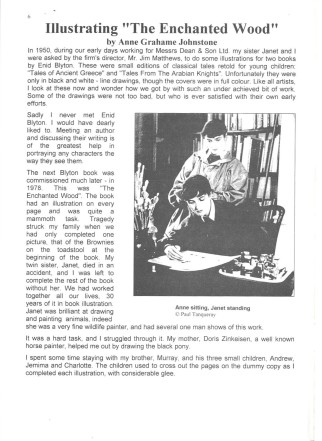 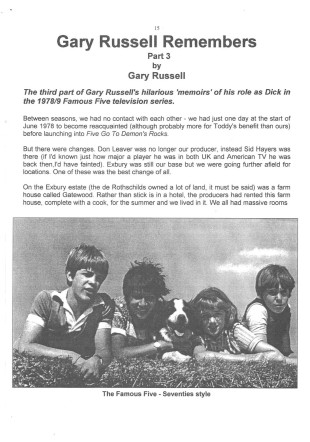 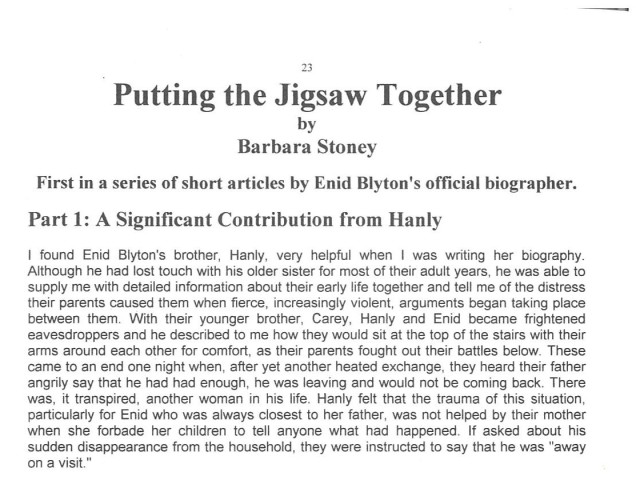 Every journal is a mixed bag of content with something that is sure to appeal to every reader.

Just visit the Fireside Journal page and select your location!