As we all know, there have been various adaptations of the Famous Five books for the TV and big Saturday afternoon screenings back in the fiftes, but I thought we’d just have a look at the reviews I’ve done over the last couple of years of the two TV shows. I just thought I would share with you the links where you can find these reviews and my favourite and least favourite episodes.

The 1970s TV show reviews can be found here.

The 1990s TV show reviews can be found here.

For both series, it would have to be Five on a Hike Together (90s review here and 70s review here).  It helps that it is my favourite Five adventure over all, I think Enid Blyton was onto a winner when she wrote this one because it is so atmospheric and captivating and that really comes over in the TV shows. Both sets of casts and crews did a very good group at depicting this adventure even through the sometimes not so subtle differences to the text. In my humble opinion, these episodes are the best. 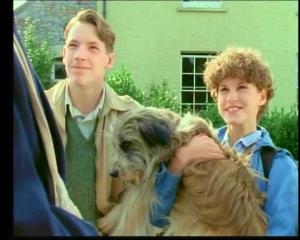 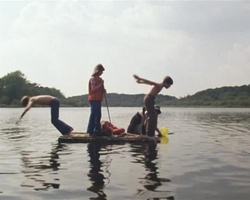 For me the least favourite episode from the 70s version was the initial Five go to Kirrin Island Again dual episodes (reviews of which can be found here and here) mostly because it does not lend itself to the introduction of the Five and the plot has been significantly changed and altered to make it basically completely different from the book. I’m not sure that Blyton would have been impressed

My least favourite 90s episode has to be Five Are Together Again. Its so so so unrecognisable from the book it’s scary. Instead of the papers being hidden on a boat, they’re hidden in a Japanese garden and the whole thing is really bizarre. I just don’t get on with that episode at all. Not to mention Julian is at his pompous worst! Absolute worst.

1 Response to Famous Five on TV