Not sure what happened last week, but we’ll try that again, shall we?

Mischief at Midnight by Esme Kerr

Ok, so it’s no Two Trees, Gloomy Water etc, but nonetheless these are the baffling clues that the Secret Seven have to puzzle over in Well Done, Secret Seven. It makes a little more sense when they work out that the last two have been misheard, but there’s still a lot of work before they can solve it all. 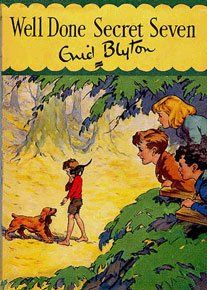 Jock Andrews from Five Go Off to Camp is a brave boy, not only does he face down Wooden-Leg Sam and the ‘spook train’, he defies his temperamental step-father in order to do it. He is good to his mother who works very hard and seems an all-round good egg. He appears to be Scottish, too, so he has that going for him as well! 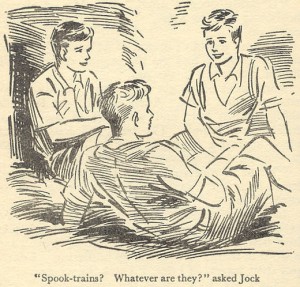