On my bookshelf part 2

I recently wrote a whole lot about what could be found on my top two Blyton bookshelves, both books, ornaments and random objects. Now I’m going to talk about the next two shelves, which are mostly just books because Brodie can reach these shelves and nothing on them is safe!

This shelf has the last of what I consider the ‘adventurous’ books, plus some farm and circus titles.

From left to right there are:

The three Willow/Cherry Tree Farm books. (These are at the left side mostly because they’re so big they’d look silly in the middle.)

The two Six Cousins books and the six books of the Caravan Family series. (And yes it does annoy me that The Saucy Jane Family doesn’t match the rest!)

A few stand alone titles, namely The Adventures of the Secret Necklace, The Hidey-Hole, Adventures of the Secret Ruby, The Boy Next Door, The Mystery that Never Was, The Treasure Hunters, and The Fourth Brer Rabbit Book. Some of these are young adventure stories and some are young family so they sort of go together. The Brer Rabbit book is neither but there just happened to be enough room on that shelf when I bought it a few years ago.

Also, on top are a few of the Secret Seven books that came free with McDonald’s meals several years ago, and my pack of postcards I got for my Christmas last year.

This shelf is probably just as random. It is mostly short story collections featuring one character, but there are also some novels. These are on lower shelves as few of these fall into my favourites, either of genre or books.

Starting at the left again;

The Troublesome Three. This is one of the more recent additions to my collections, though I got it in 2017!

The Red Spotted Handkerchief and Other Stories. I bought this at an Enid Blyton day – the very last one in 2012 – and the seller told me it had once been part of Gillian Baverstock’s collection but I have no evidence that is true. The spine had been in decent condition but this is one part of my shelves that Brodie likes to attack and he’s damaged it.

Five of the twelve Brockhampton Picture Books with Eileen Soper covers and illustrations. Brodie also likes to yank at these.

All 24 Noddy books, some with dustjackets. A couple are reprints with the shinier cover and rainbow text and one is still in the smaller format paperback.

The Queer Adventure, The Three Golliwogs (a very scribbled on Dean edition as the original is just too expensive), Bimbo and Topsy (also Dean but it was a hand-me-down and not a purchase) and The Book of Fairies.

Then there are several short sets of books – Mr Meddle, Amelia Jane, Josie Click and Bun – Dame Slap and Her School, as far as I know is part of the same universe if not the actual series. Plus it has the same illustrator and spine style so that’s why I shelved it here – The Wishing Chair series, Mr Twiddle, Mr Pink-Whistle and then the Faraway Tree series.

Some of these are in the wrong order, probably. I can never remember the order even if most of them only have three books! Once upon a time they were all organised more neatly (really, the Meddle, Amelia Jane, Twiddle and Pink-Whistle books should all be together) but when I did my series on inscriptions in books literally every book got taken off and these ones got a hastily shoved back on. This shelf is not quite hidden by my sofa, but I don’t have any visitors who would be able to correct me on the series order, so I get away with it!

The only things on top here are my two notebooks. On top is a book journal for logging books you’ve lent to others and your reviews of books. I tend to use it to keep track of my to-read lists. Under that is my literary listography which has lots of pages with headings like ‘books that made me cry’ and ‘my favourite authors’. I haven’t filled much of it in as I felt I was repeating myself a lot – the books I’ve read probably fall into a couple of narrow genres. Having picked it up today to get examples of the headings I’ve found myself scribbling more things in it though! 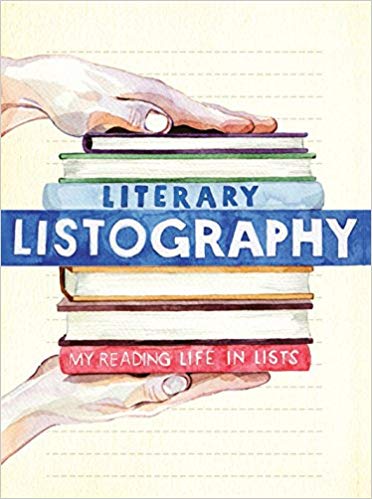