This Sunday is the 11th of August, and that’s the day I’m holding Brodie’s birthday party as he turns 2 this week! It is also Enid Blyton’s birthday so we will celebrate for her too.

Jack Trent is red-haired and freckled, earning him the nickname of Freckles from Philip. Jack is an orphan, who before the story starts in The Island of Adventure was living with his sister Lucy-Ann, a crusty old uncle and his uncle’s housekeeper.

Lucy-Ann simply adores Jack and although a few years younger, follows him around all the time. Jack hardly notices her, though he is very fond of her. His major passion in life is birds. He’s absolutely batty about birds. He wants to be an ornithologist when he grows up, and spends a great deal of time peering through field-glasses at anything with wings and feathers. He even has a pet bird, a parrot called Kiki. 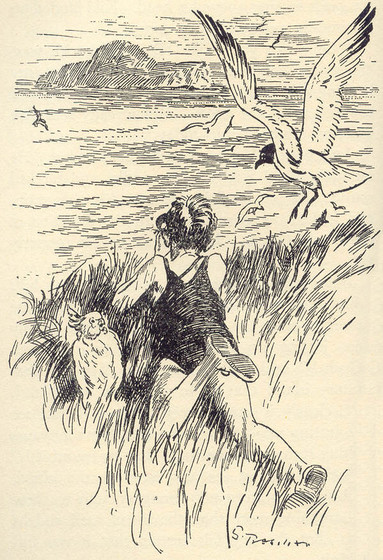 She heard me yelling ‘Kiki! Kiki!’, broke her chain in her excitement and flew over – and by  a lucky chance she chose your very porthole!

You’d better tell Aunt Allie all that, it makes a very fine story – better than mine!

Jack more or less admits that he has arranged for Kiki to ‘accidentally’ end up on the cruise ship which she is banned from, in The Ship of Adventure. 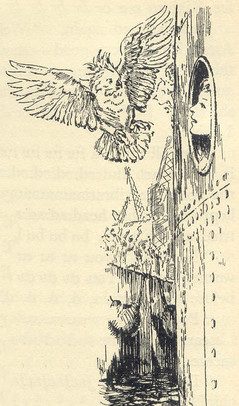 This entry was posted in Blog talk and tagged August, Jack Trent, Kiki, Monday, The Adventure Series, The Ship of Adventure. Bookmark the permalink.