Some considerable time ago – so long ago it was in 2015 – I started reading The Rockingdown Mystery for a read-a-thon on the Enid Blyton Society forums. I think I got about as far as page 29 before my interest trailed off and it got put to the side. I always find that reading for the purpose of dissecting, commenting or reviewing can spoil the enjoyment as you are forever looking for flaws or interesting details. And, if you’re me, you’re forever setting the book down to write a note before you forget.

So this week I found myself in-between books (well actually I had half a dozen on the go, but finished one and wasn’t in a mood for the others) so I ended up picking up The Rockingdown Mystery again and read the rest of it over two days. I read it without deliberate thought, without nitpicking or fact checking, and it wasn’t until I was almost finished it that I thought I might well review it for the blog. I finished it off in bed that night and jotted down a few points I wanted to remember, just a few key words to remind me later.

This may make for a different sort of review from me as I tend to (perhaps unfortunately) end up writing a lengthy description of all the events in a book with some opinions thrown in along the way. This time, having read the book a few days ago I don’t remember nearly enough detail to do that sort of thing.

Roger, Diana and their cousin Snubby (plus his dog Loony) go to stay with Miss Pepper (a governess-type figure who they already know). They are staying in Rockingdown Village which boasts an old abandoned mansion by the same name. During their stay they meet a circus boy called Barney who owns a small monkey by the name of Miranda. Together they start exploring the house, and Barney even stays there a few nights to save money on lodgings. During his stay he hears loud banging in the night which of course has to be investigated. Only, the children aren’t the only ones to be hunting around Rockingdown Manor – their tutor, Mr King, seems all too interested as well.

Barney manages to get himself into a rather troublesome situation, trapped under the house in a tunnel/cave formation which just so happens to be used by smugglers. I won’t give the details of the ending away, but naturally he does eventually get out and the baddies are neatly dealt with by the police.

A FEW THOUGHTS ON THE SERIES AND CHARACTERS

The Barney Mysteries (or R Mysteries as they’re also known) are of a similar nature to The Famous Five, The Adventure Series and the Secret Series. They never venture too far afield but each book takes place somewhere new, during a holiday. The characters aren’t perhaps as well-developed, however. Roger is rather bland, and Diana doesn’t have a particularly strong personality either. You could liken her to Anne at least as far as being lumped with the cleaning goes, but she doesn’t have that sweet, sunny personality. She’s a little stroppy, but not on a George or Dinah scale.

The other two boys are of more interest, though. Snubby would drive me mad should I be forced to share a holiday home with him, but he is amusing to read about. (For example, instead of remaining on the planned train and meeting his cousins at the arranged point, he gets off and catches a different connection thus arriving at the house and having a large lunch while Roger and Diana are still waiting for him.) Loony is also interesting as he has a has a habit of stealing hair brushes, rugs, mats, cleaning cloths, shoes and anything else that he can pile up in the hall. He’s not a dog of Timmy’s calibre but he is smart enough to turn his back on Mr King while the children are on the outs with the tutor.

He had gotten half-way over the grounds when he discovered that Loony was carrying Miss Pepper’s hair-brush. So back he went and stood beneath Miss Pepper’s bedroom window. He threw the brush up and it went straight in at the window.

There was an agonised yell, and Snubby took to his heels. “Well, how was I to know what she was standing in the way…”

He looked down at Loony who was again at his heels. This time he was carrying Mrs. Round’s old shoe-cleaning brush. Snubby stopped and addressed Loony fiercely. “What do you think you’re doing? Do you suppose I’m going to spend half-the day taking back your silly brushes?… Take it back!…”

Loony wagged his tail and darted off. Snubby was pleased… He petted Loony when he came back. “Good dog. Took it all the way back to the kitchen and dropped it at Roundy’s feet, I bet. Cleverest dog in the world.”

Loony was very pleased. He had just dropped the brush down the nearest rabbit-hole. Well – if Snubby was so delighted with him, he’d drop plenty of other things down the rabbit-hole too.

Shows how perfect the two of them are for each other, I think!

Barney is of interest as a circus boy with a monkey, naturally. But also because he is well-read and has a love of Shakespearian literature. We don’t get to know an awful lot about him in this first book, but his story unfolds throughout the series.

As for the plot, it has similarities to many Blyton books. That’s not a surprise as she used plot devices, similar locations and situations many times along with new elements and yet still always managed to create an engaging story. The cave/tunnel features an underground stream and hidden entrance somewhat like in Five Go Off in a Caravan. There’s even the same idea of sending an animal (Miranda/Pongo) off with a note to bring rescuers (though it seems to take Barney a lot longer to come up with the idea). Underground rivers also feature in The Secret Mountain and The Secret of Killimooin. The lighting in the cave brings to mind the hiding place of the ‘spook train’ in Five Go Off to Camp. Also, the illegal underground operation has similarities to the one in The Island of Adventure, the similarity only compounded by the suspicions held of Mr King and his involvement.

One or two things I did wonder about were the mechanics of the smuggling operation. Suddenly, mid-page I suddenly thought “huh, hang on. The stream is completely blocked at the other end. How do they then winch the boxes up it?” I was so perturbed I demanded this of my partner who was also sat in bed reading. Having no clue as to what I was talking about, he was of no help. I then had the realisation – having adjusted my mental picture of the underground setup a page or two later – that maybe they dropped the boxes down the hole into the stream and went from there. I announced this out loud, just in case Ewan was sitting worrying away, and later found out I was right.

That then led me to the ‘whys’ of the situation. Large boxes of smuggled goods are brought up the river, lugged across a farm, dropped down a hole, winched along an underground stream, lifted out, unpackaged, sorted into smaller bundles and then sent back the other way. It seems like an awful lot of complicated machinery and effort when it could have been done in a barn, especially when the goods seemed to be repackaged and sent out the same night. But if they had done it all in the barn the children would never have stumbled upon it and there would have been no mystery to Rockingdown.

Not long before that I had been pondering the use/reason for the cellar room in Rockingdown Manor having a secret door into this underground area. It only worked one way, hence Barney getting through but not back, so it couldn’t possibly be of much use. It’s later said that it was for the owners of Rockingdown Manor to get rid of unwanted people. Quite dark for Blyton!

The Barney Mysteries have a few of the most chilling and perhaps even macabre situations amongst the Blyton books. The story of Ring o’ Bells is even more so, but the nursery at Rockingdown is still chilling in its own way. Death rarely features in a Blyton book, and if it does it’s always a long-ago event with little emotional impact. Lots of children are orphans, but beyond “his/her parents died many years ago,” it’s not often brought up. The deaths of the Rockingdown children are discussed, though. How sad it must have been that little Arabella fell out of the window and died, and then Master Robert caught scarlet fever and died too. The shut off nurseries, left exactly as they were right after Robert died, are quite poignant and yet the children say that they feel happier than the rest of the old house.

So apparently even if I don’t give you a blow by blow account of a book I still ramble on for far too long.

All in all this is a good book that (once you stop nitpicking at every page) draws you in and makes you want to keep reading to find out what happens next. The children are likeable enough, and Snubby, Barney and Loony have enough personality to carry the others along with them. Mr King is no Bill Smugs, (though he seems to be somewhat popular amongst readers) though he adds a layer of mistrust if not actual fear or danger. Miss Pepper is suitable strict, yet friendly, in the vein of Miss Dimity perhaps. There are funny bits, sad bits, scary bits and mysterious bits to be found, with a satisfying mystery (especially if you are under 12 and don’t try to pick apart the hows and whys) and the promise of more to come. 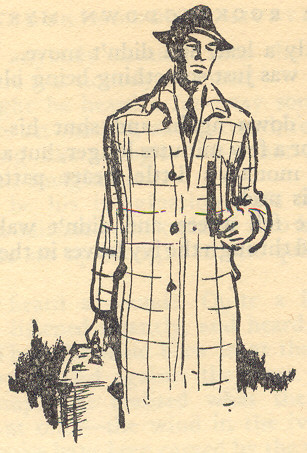 5 Responses to The Rockingdown Mystery