The Caravan Family is the first book in what’s sometimes known as the Caravan Family series. In it, Mike Belinda, Ann and Mummy have been living with Granny while Daddy was away with some sort of war-work. Now that Daddy is back they are looking for a home, but can’t find a suitable one. What they do find are two caravans which, although unorthodox, end up being a perfect home for them. They do them up with new paintwork and flooring, new little bits of furniture and so on, and move into them. They acquire horses after a time and move around the country, ending up on Uncle Ned’s farm just in time to help with the haymaking. 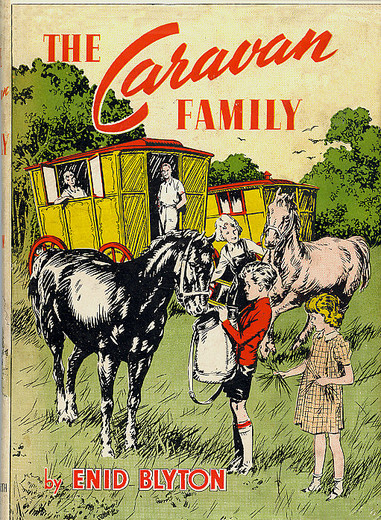 Berta Wright is the daughter of a famous scientist, she owns a dog and in Five Have Plenty of Fun she dresses as a boy. She’s not as like George as that sounds, though. Firstly, she’s forced to disguise herself as a boy to keep herself safe from her father’s enemies, and she actually rather likes being a girl. Her dog is a little poodle called Sally, and while Sally is loyal and loves her mistress she doesn’t have the same protective bulk that Timmy does.

Berta’s American and the Five tease her about not being able to say ‘twenty’ or ‘plenty’ properly, but they admire her pluck in dealing with being left with strangers while kidnappers are looking for her. 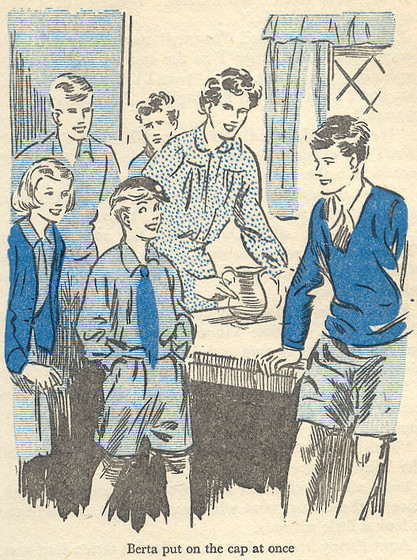 This entry was posted in Blog talk and tagged Berta Wright, Five Have Plenty of Fun, May, Monday. Bookmark the permalink.