Blyton by others: A guide to unnecessary retellings of Blyton’s work

I recently wrote a guide to continuations of Blyton’s series, whether they be prequels, sequels or gap-fillers.

While looking for all the possible things to feature I ruled out several books by other authors as they didn’t “continue” a story but rather, they rewrote or retold it.

So here is a look at novels which are retellings of the original works.

Books based on the TV series

There are two sets of novels which although they retain the original titles [with one exception, being The Woods of Adventure which replaced The Castle of Adventure on TV and in book], have entirely different contents. One set is The Adventure Series and the other The Secret Series 9, and both are stories written following the plots of the respective TV series made by Cloud 9 in New Zealand.

These feel wholly unnecessary as they are basically books based on a TV series which was based on some books! 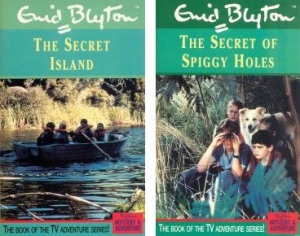 I have reviewed all the TV episodes already, and found them to be quite ridiculous. They didn’t follow the books in large chunks and instead made up silly plotlines of their own. As they were set in the 90s they have worked in lots of technology (and evil monks…). You can read my reviews of the Adventure Series on TV here (scroll to the bottom of the list to start with Island, Castle at the top belongs to a different series) and the Secret Series on TV here.

There are two of the Adventure Series books – Island and Sea – in one of the branch libraries so of course I requested them to see what they are like. I haven’t had time to read either in full, but I will do at some point. I have flicked through, however, to get an idea of the content.

The novelisation of Island seems pretty close to the TV series (when compared to what I wrote in my review) though it misses off the opening credits scene. Being a book it gives us a slightly better insight into the characters, including, for example, the detail that Lucy-Ann has come along to the summer camp because there is no-where else for her to go, she doesn’t really like it but would do anything to stay near Jack.

I will have to watch the episode again to refresh my memory and read the book in full then.

The Diary of the Naughtiest Girl by Jeanne Willis

This is set in the present day and, although it begins with Elizabeth about to be sent to Whyteleaf, the story is unrecognisable for the most part. Miss Scott’s role is taken by a woman called Kesi, and although Elizabeth still pins a stocking to her skirt she then goes to Tesco and it gets caught on someone else’s trolley in the cheese aisle. Hannah has fat cheeks and gets named Hamster, and other girls are Ellie, Joanna, Mei Ling, Melinda, Shauna (formerly Nora)… The head boy (William) has the surname Murricane and the head girl is Rebekah Shah. Apart from all that, it’s just full of super-modern slang (which will a) date very quickly and b) probably be embarrassing to any children because adults never get these things quite right).

It looks so bad from my quick dip into it that I have borrowed it with the intention of doing a full review.

The reason this is unnecessary? One, it’s absolutely dire and two, there is a perfectly good book called The Naughtiest Girl in The School already. which tells the exact same story but a hundred times more skilfully.

Originally these books were published as stand-alone titles each featuring a different set of children. Now they all feature the same children and form a series. This seems unnecessary as there is nothing wrong with stand-alone books, and no reason that they would need to be edited to form a series.

I can sort of understand some of this. It has been a while since I read Holiday House, The Mystery that Never Was and The Mystery of the Strange Ruby but I can imagine that it wouldn’t have taken a huge amount of rewriting to rename the main children and make the stories form a series. Even The Treasure Hunters and The Boy Next Door, I can see being able to fit in. What I don’t understand is Hollow Tree House. It’s not a typical mystery/adventure story. There is no mystery or riddle, and it’s only as adventurous as two children running away from misery and abuse could be. I absolutely love Hollow Tree House and I hate to think of it being butchered. 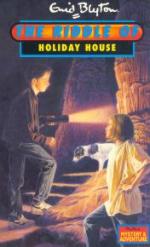 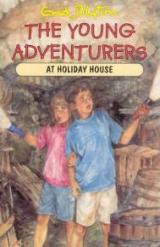 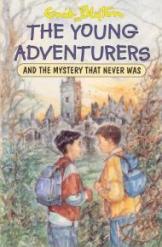 The edits were done by Gillian Baverstock, Enid’s younger daughter and so have hope that they were done with care and respect.

This is another series formed from stand-alone titles. The books keep their original titles this time, though they were edited by Jenny Cooke.

I have read all but The Birthday Kitten, and I suppose it wouldn’t be to too hard to make these form a series. I just wonder how much rewriting was required for The Very Big Secret which only had two child characters. Did they shoe-horn in the two extras to make the Fabulous Four, or were the cousins away on holiday at the time?

These are unnecessary for the same reasons as above. 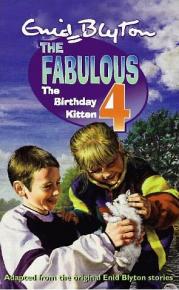 Don’t you just wish they could leave Enid Blyton’s books alone? I would hate to think of a child picking up one of these and judging all her works based on what they’ve just read.

4 Responses to Blyton by others: A guide to unnecessary retellings of Blyton’s work