Last week I reviewed the main story of Five Go to Mystery Moor, and now it’s time for the comments, nitpicks, questions and so on that I always seem to have these days.

I have an awful lot which relates to a subheading I often use – George as a boy, so after writing 1,300 words on that alone I decided to leave this as a single topic post, the rest of my critiquing can follow next week. (I also forgot this was due to go up on Friday until 9.30pm, which is quite late to turn nothing but jotted notes into a whole post, but that’s another story.)

Everyone apart from George seems to be painting girls as weak and silly.

Right at the start Anne explains why they couldn’t have gone camping with her brothers. Because they’re girls –

Anne – We couldn’t do the things they do.

George – I can do anything that Dick and Julian do. I can climb, and bike for miles, can walk as far as they can, I can swim – I can beat a whole lot of boys at most things.

Has Anne forgotten all the times they’ve camped and hiked and had adventures together?

Mrs Johnson expects the girls – George, Anne and Henry to do the washing up. Anne knows the other two hate that so says she’ll do it alone. At least Dick redeems himself by saying they’ll all do it together.

You’ve got beds that you’re paying for. Anyway, girls can’t do that sort of thing – not even girls who try to be boys, George.

Henry replies that she’s often slept in the stables when there’s been a lot of visitors at home. 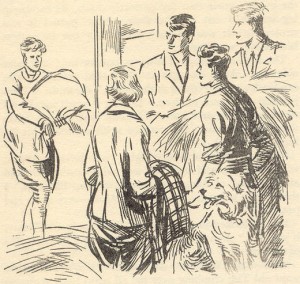 On the surface Henry’s just like George. She wears her hair short, goes about in boys’ clothing and calls herself Henry. You’d think she and George would get along famously, well, maybe not as we know she didn’t get along with Jo.

I should have thought she’d like someone like Henry who has exactly the same ideas as she has.

But instead of bonding over how stupid being a girl is they snipe at each other, making catty comments and competing over who’s the most boyish.

Apparently Henry wins as she has straight hair while George’s is curly. Henry says this to George, Dick repeats it, even Blyton herself says it! I don’t get it, lots of boys/men have naturally curly hair! Blyton’s words are that George’s hair suited wearing a blouse and skirt but Henry’s didn’t (the girls have to wear girls’ clothes when they sit down to dinner. I understand they have to change out of their grubby jodhpurs, as do the boys, but I don’t see why George and Henry couldn’t wear clean shorts and a shirt like the boys – in fact I’m surprised that neither of the emptied their suitcases of skirts and blouses before they left for their holiday! Henrietta also has to wear a dress when her great aunts come to see her).

Blyton’s attitude to curly hair has me wondering. It doesn’t just appear in this book, either, the idea the curly hair is girly is repeated in Five Have Plenty of Fun when Berta is being disguised as a boy.

It’s often suggested that Blyton based George on herself. I don’t think there’s any evidence that Blyton went around wearing boys’ clothes and asking to be called master, but I get the feeling she didn’t want to be tied down to typically feminine roles. Anyway, as an adult she always seems to have curly hair – at least in all the photos I’ve seen. As a younger woman it was short, and not particularly curly, though perhaps wavy. The older Blyton may have permed her hair, I don’t know. I just wonder if she felt that her curly hair was feminine, if it made her feel attractive in a feminine way, and so she places that onto George? Or was it just common ‘knowledge’ in the 1940s and 50s that curly hair was for girls? Long hair certainly was, but even short curls? 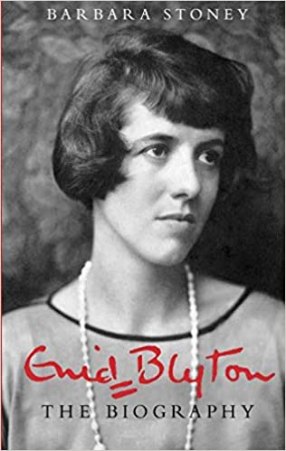 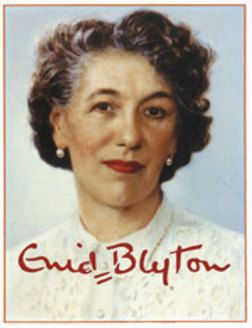 George and Henry both fool a few people into thinking they’re boys. I kept a little tally to see who ‘won’.

George –
Sniffer calls her Master George,
Old Ben the blacksmith refers to her as a boy,
Sniffer’s father assumes George is a boy when he captures her and Anne

Henry –
Both Julian and Dick believe she is a boy when she picks them up from the bus stop. 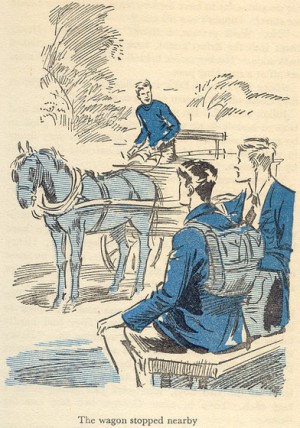 George convinces three people, Henry only two, at least those are the ones who outwardly show a conviction either way. Ben might have thought Henry was a boy too, but never ‘said’ it. Plus Dick and Julian should have been harder to fool, knowing George, so I’d say the score is about even.

Regarding Sniffer, it’s interesting that although he calls her Master George, and to all outward appearances seems to just assume she is a boy, his internal thoughts contradict that.

Sniffer was pleased. He liked this girl who had presented him with such a magnificent handkerchief. He took it carefully out of his pocket, hoping to please her.

Ok so it’s not exactly an inner monologue from him, it’s Blyton’s words and she knows George is a girl, I just thought it was interesting.

It’s possible that Sniffer has called George a boy in front of his father, and so Mr Sniffer (for lack of a better name) just assumes that’s the case in the dark. George is angry when Anne says they’re both girls. Anne’s thinking is that they might get treated better if they’re just two girls.

Henry’s a bit of a strange one. On the surface she’s just like George, only she brags a bit more about all the things she’s done. (She’s a bit like Bill from Malory Towers, both have brothers and do everything they do, though Bill’s not a bragger). And yet, when it comes down to it, she doesn’t exactly strike a blow for feminism!

When Timmy brings her the note to say that George and Anne being held prisoner she practically falls to pieces. Her first instinct is a sensible one – get Captain Johnson, after all he’s a grown up. But he’s away. She can’t tell Mrs Johnson as she would have the fright of her life if I fetched her. # 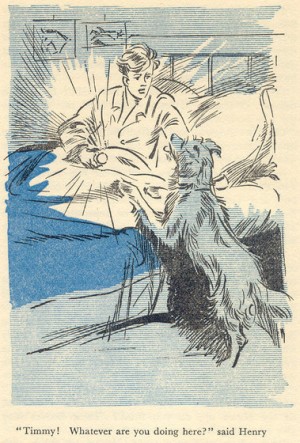 She goes on to say I’m not brave like you are. I pretend I am, Timmy – but I’m not really. I’m afraid of following you! I’m afraid of going to find the others.

That’s fair enough – lots of people fake bravery and boast more than they should. Being woken in the middle of the night and being asked to ride across the moors to rescue kidnap victims from a gypsy camp is pretty scary. It’s what she says after that that’s a real shame.

I’m going to dress and get William. He’s only eleven, I know, but he’s very sensible – and he’s a boy. He’ll know what to do. I only pretend to be a boy.

I mean – gah! Fine, ask for help. William’s only eleven, he’s sensible, two heads are better than one, I don’t want to deal with this alone. But for a girl who pretends to be a boy – who to all intents and purposes insists she is as good as a boy – to say she’s just a weak hopeless thing because really she’s a girl, it makes me mad. I guess that Blyton wanted us to cheer and think Yes, our George is the better character, we knew that all along, and I do feel that, it’s just a shame that Henry couldn’t be a close second.

It makes me wonder how much of Henry’s bragging was false. George always said Henry was making it all up, and maybe she was. Dick says that  “She [Henry] ought to have been a boy. Like you, George,” he added hastily. “Both of you are real sports – plucky as anything.” And of course she does ride off into the night, so she’s not a coward at all, it’s just a shame that she blames any fears she has on being a girl – she actually seems to believe that girls are inferior creatures. George on the other hand always says she’s as good as a boy and tries to prove that by showing that she can do all the things boys do, even if she’s a girl.

At least Mrs Johnson proves herself not entirely useless when she does realise something’s going on. OK her first instinct is to call her husband, but she then calls the police and deals with everything reasonably calmly. And she provides a cracking breakfast after!