The Five Find-Outers covers through the years

The Five Find-Outers (or FFO as I will probably call them a lot, as it’s so much shorter!) is one of those series with multiple illustrators across their first editions. It had four different cover artists – Joseph Abbey (books 1-7), Jean Main (book 8), Treyer Evans (books 9-12, and also the internal illustrations for book 8), and then Lilian Buchanan (books 13-15).

To me it looks like Treyer Evans at least tried to mimic Joseph Abbey’s style, while Jean Main and Lilian Buchanan went very much in their own directions.

While the first editions are in my opinion the best covers for the series, they are not amongst the best of all Blyton’s book covers. Jean Main’s cover struggles with perspective, while Joseph Abbey’s Goon is a strange looking creature indeed. Several other covers suffer from looking rather ‘muddy’ and indistinct too.

Mary Gernat is a well-known Blyton cover illustrator, mostly linked with the Armada books of the 1960s, her covers includes titles from the St Clare’s, Malory Towers and Barney Mystery series. However she rarely did the covers for all books in a series; each Armada run had a mix of illustrators and The Five Find-Outers books are no different. Other illustrators who were published alongside her include Charles Stewart and Dorothy Brook. 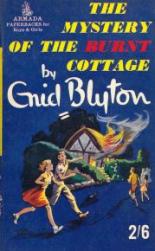 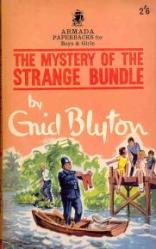 So different artists, different colour schemes, similar but not identical art style and different fonts, yet they all scream Armada to me! It’s probably the solid-coloured backgrounds that does it?

Then it all gets a wee bit confusing, as Dragon and Methuen did alternating runs, some only doing parts of the series, some with artwork repeated…

After staring at lists of publishers, dates, artists as well as the covers themselves, I think I’ve more or less sorted it all out. I have grouped these covers into “sets” based on the design (rather than artist or year…) In reality it may be that publishers switched design and consider their sets different from mine, but I’ve got to organise it somehow.

So, the second ‘set’ are from Dragon, who reprinted the whole series between 1966 and 1969. These were the instantly recognisable upside-down polaroid covers (as I call them).

Peter Archer provided the covers for the first eight books, and Mary Gernat the rest. 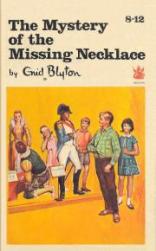 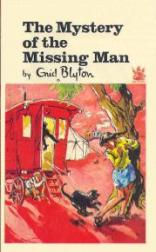 Methuen then did a set of books 1-8, 11, 12 and 14, using the full versions of the previous dragon covers with text straight on the background. 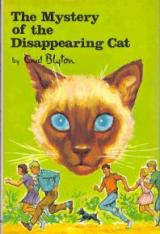 Most of these have a solid background colour which echoes the earlier Armadas, but for covers like Disappearing Cat, it makes a bit of a strange scene. That’s not a missing cat, that’s a huge disembodied cat head floating above a strange alien landscape… 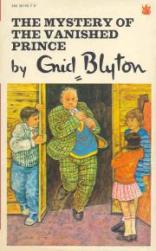 These are quite skilful, especially Strange Bundle, though the window being off-centre on Pantomime Cat bothers me a little!

And last in this confusing lot are four covers by Methuen, some dated 1970 and others 1973. These have a bright block of colour at the top and use previous artwork by Paul Wright and Mary Gernat – Wright’s for books 9 10 come from the Dragon polaroids, while Gernat’s are for books 13 and 15 and are from the earlier Methuen polaroids. 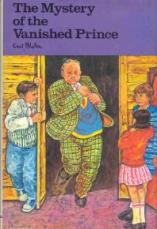 The illustrations are fine on these, but the coloured banners look a bit cheap and garish – they don’t compliment the other colours on the cover at all!

You’ll be glad to know that the next thirty years had nice, straight-forward sets where the whole series was printed with one artists and one design!

First up, another Methuen lot, this time from 1979. These covers are by Reginald Grey and I always associate them with Malory Towers as that’s where I saw the ‘arched label’ design first. 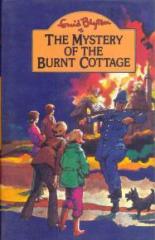 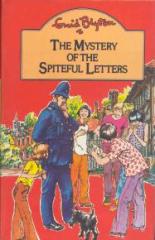 What’s interesting about these as although they have a solid colour background like other covers they manage to look as if the foreground has been cut out and stuck down on top like scraps. That’s not necessarily a bad thing, though.

Then we have two sets by Dragon. The first are dated 1983, and have covers by Bruno Elettori – the third and final set of upside-down polaroids (the most of these I’ve seen for any one series!) 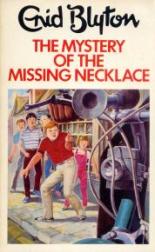 These are probably the least attractive of the polaroid covers, being quite dull-coloured.

The second Dragons are from 1987, artwork by Mick Austin. These use the notion that mysteries are denoted by question marks and so have bordered the title with lots of little question marks. 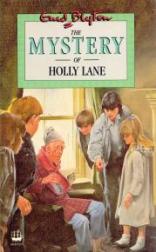 These are fairly uninspiring, if I’m honest. From these only Strange Bundle really gives an insight into the plot of the story, the others could be from any story more or less. 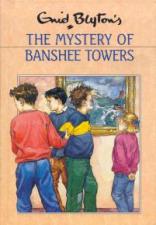 You might think I’d class these as upside-down polaroids, but no, they’re not white so they don’t give me that vibe. They do give me a very 90s vibe, however, particularly Banshee Towers! I do associate these covers with Blyton as I’ve seen other series/titles in this style, and the artwork is actually inoffensive – the children look like actual humans, the colours are fairy nice and they’re just nice drawings (even if the clothes are awful) in general.

The FFOs must have been popular as Armada released another set in 1991 (these I think were paperbacks, while the Deans were hardbacks, different publishers could hold the license to publish the books at the same time if they were in different formats), with artwork by an uncredited artist (the only one for the series). These are also the only photo-covers, and I find them really odd. The only TV adaptation of this series is the Japanese Gonin to Ippiki (Five Children and Dog) from 1969-1971 – and that is definitely not what is on these covers). 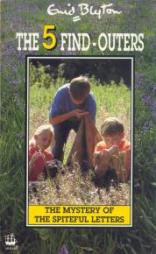 So, if it’s not from a TV series then these are just some random 90s children that we’ve never met, who are hanging around in fields or riding bikes or writing letters and not doing anything we might recognise as a scene from the books. What a great marketing strategy!

Mammoth used Button Design co (a name that’s popped up for several 90s editions on other series already) for their 1996 paperback covers, and Dean then used the same artwork for their 1997 hardbacks. Mammoth and Dean are both owned by Egmont, which helps explain this. 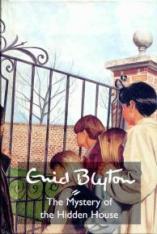 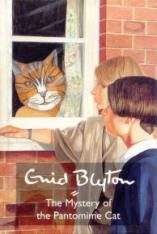 As you can see the Deans have stretched the image from a square to fill the whole cover, resulting in a lot of cropping. Some books appear to have Four Find-Outers, or sometimes Four-and-a-bit.

So, the first Egmonts are from 2003, with Jason Ford covers. 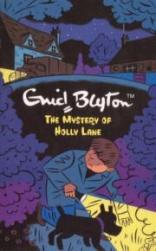 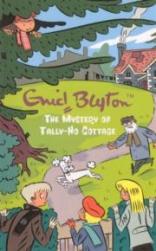 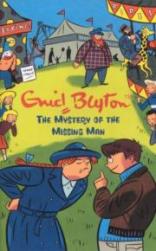 I actually don’t hate these. They don’t suit the FFOs at all, but if they were for another author I’d not mind them. They at least make a good attempt to convey some elements of the story – Fatty’s walk in the night when he speaks to the night watchman, Fatty out at night again (a little vaguer but at least he’s not just lounging around), the Lorenzos and their dog Poppet, Eunice having a pop at Fatty.

Then in 2004 Dean used the same Button Design Co. art as previously. 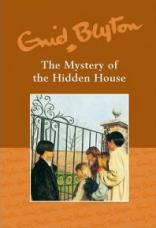 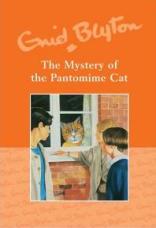 These look pretty cheap and nasty but at least they haven’t cropped 1/5th of the gang out.

In 2009/10 Egmont had covers by Martin Usborne and Shutterstock. I’m not sure what part Shutterstock are responsible for – they are generally stock photos, so it’s probably the magnifying glass.

Again, I don’t hate these. They’re not what I’d pick for Blyton but a lot of thought has actually gone into them. The scene in the magnifying glass is at least related to the story and shoe the children actually doing something, and then the motif in the background is cleverly related to the story too (well, one or two books they obviously struggled with which is a shame, but the rest are clever). Smoke to signify the fire in Burnt Cottage, paw prints for the missing cat in Disappearing Cat, post marks for Strange Messages, painting frames for Banshee Towers, and so on. They’re the kind of detail you might not pay much attention to until you’ve read the book, then you realise their significance.

And then we have our partial Dean set in 2009, with books 1-6 having new Mary Gernat covers. 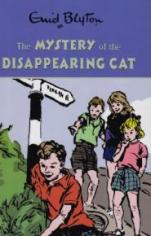 Initially when I saw these I wondered how these could be Mary Gernat. Looking closer, however, I can just about see her style under the dark, heavy lines. I’m not sure if her original work has been digitally edited, or if she was trying a new style… anyway, these were published more than ten years after her death, so they could have been done during the heyday of her career in the 1960s, but not used for whatever reason.

The last Egmonts are from 2014 with Timothy Bank covers. The artwork by Timothy Banks was then reused by Hodder in both 2016 and 2019. Hodder and Egmont are separate publishers, so this time I’m not sure how to explain it. 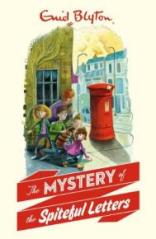 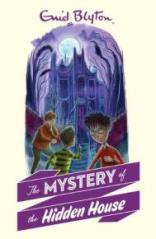 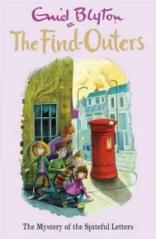 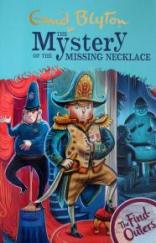 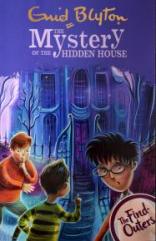 I don’t know if these particularly suit Blyton or the FFO, but I like the overall design. It’s a pity that the children have silly cartoonish features though.

Do you see any of your favourites amongst these? Or any that make you want to claw your eyes out?

6 Responses to The Five Find-Outers covers through the years