I’ve been back in the kitchen again, creating a cake that I think is an important part of Blyton’s food. I can’t think of an instance at this moment in time where Victoria Sponge is mentioned by name, but its certainly in the book by Jane Brocket. However I decided to try a recipe from a household name this week, the one and only Delia Smith.

The recipe is taken from Delia’s Complete Cookery Course, The Classic Edition.  A book that I initially  looked at for finding recipes, but I hadn’t marked the page for the Victoria Sponge.

The ingredients that you will need for Delia’s Vicky Sponge are as follows:

I also chose to whip up some whipping cream to put between the layers with the jam. Yummy!

So here are the (modified) instructions for those of you who do not have the delightful Delia’s book at home:

So, let me know how your own cake adventures go, and I shall tell you how yummy my own creation is tomorrow when I get to break into it with my Godmother and parents for tea time! 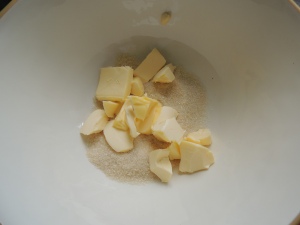 The Butter and sugar 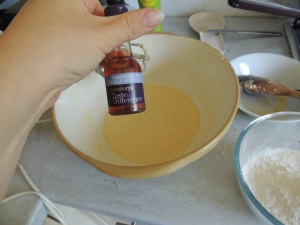 The creamed butter and sugar

Out of the oven and cooling down 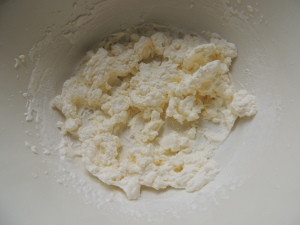 A layer of raspberry jam

The cream on top 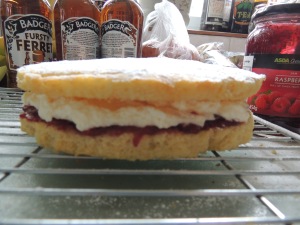 This entry was posted in Food and recipes and tagged Delia Smith, Making Blyton's Food, Victoria Sponge. Bookmark the permalink.