Locked down library displays week 4 and 5

A bit late but here are what I did in weeks 4 and 5. In case you missed them here are weeks one, two and three. 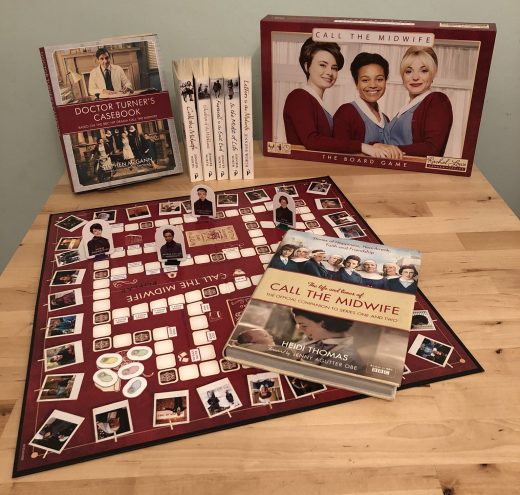 Four books written by Jennifer Worth (three about her days as an East End midwife, and one about her career after that when she moved onto palliative care), a book of correspondence received by her, two books about the TV series and the  official board game. 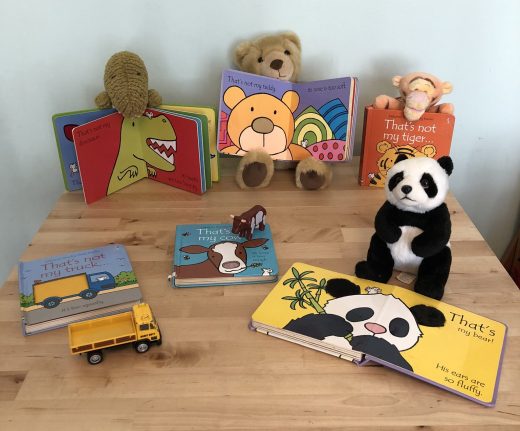 Some of Brodie’s That’s Not My… books. He has more but I didn’t have the props to go with any of them. 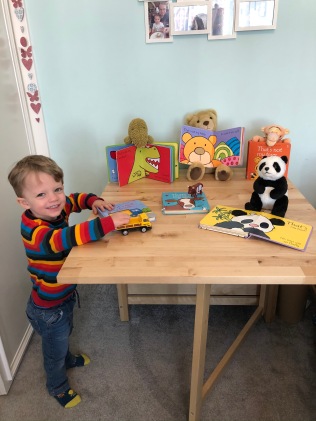 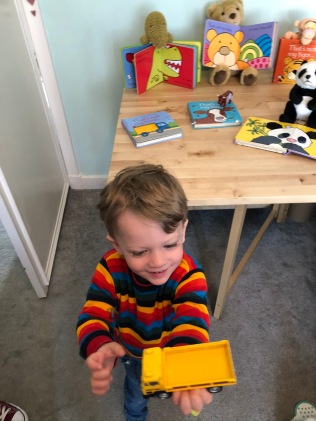 Brodie had to be asked very nicely to lend me his truck for all of thirty seconds to snap a photo.

What I’m (or was) currently reading 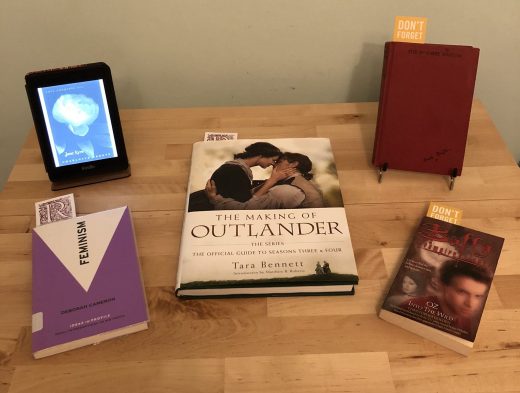 A lack of ideas on day 24 meant I just threw my currently reading pile on the table! The two at the back are Jane Eyre and Five on a Hike Together. 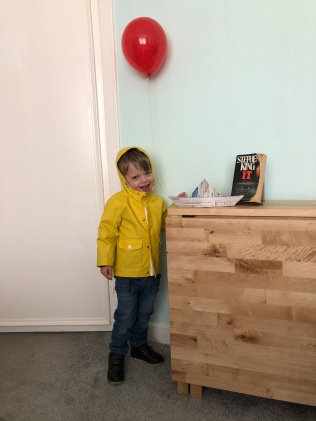 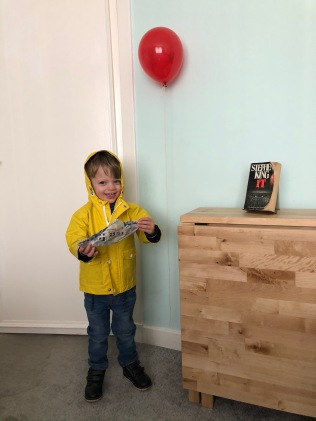 The bonus of working from home means I can use unorthodox props like small children. Here Brodie is doing a brilliant job of posing as a cheerful Georgie from It. He was very patient in getting dressed up, held the string like he was asked and said cheese half a dozen times for me too. 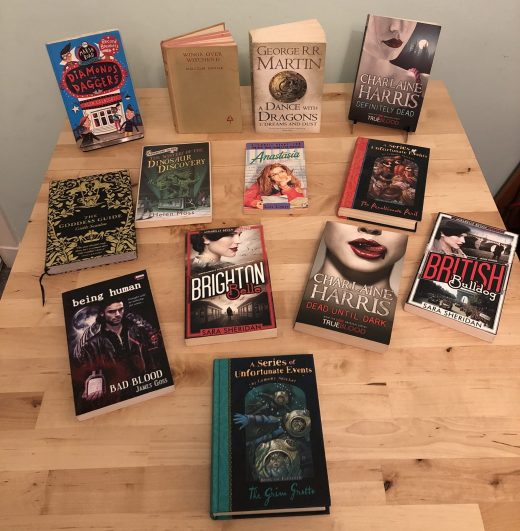 I think this one’s fairly self explanatory. 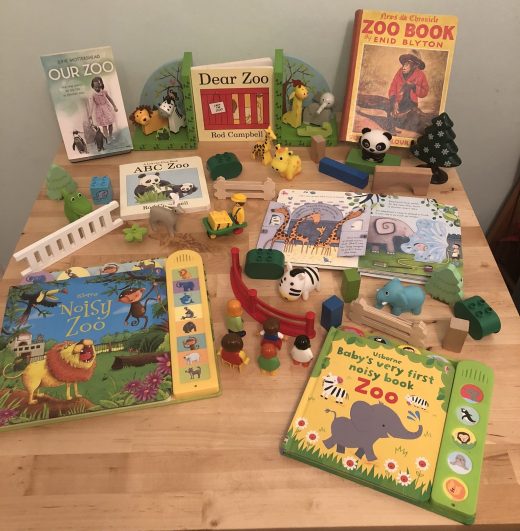 This one has interactive sounds, and it’s a bit dangerous as none of the animals are held securely! 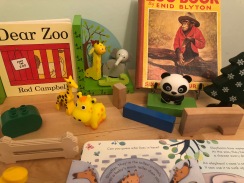 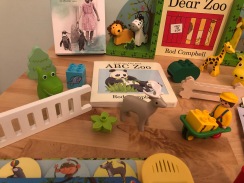 The cover was green… 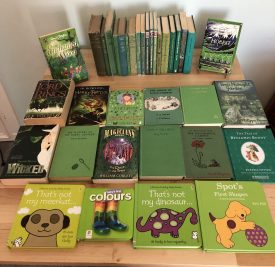 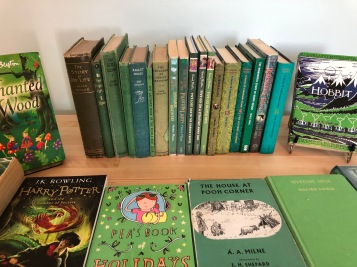 Standing books from back left:

Books lying flat from back left: 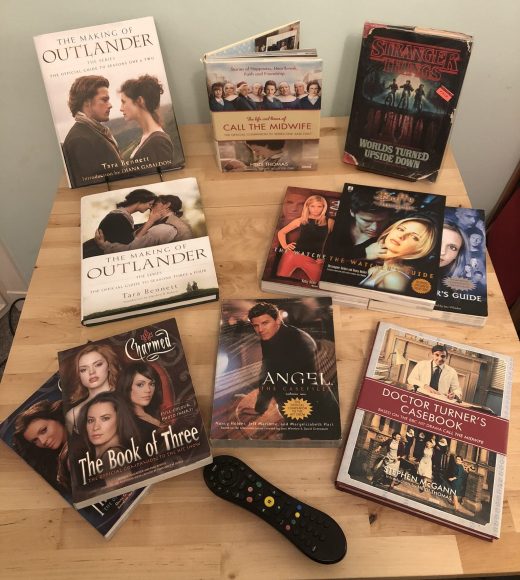 When I get into a TV show I like nothing better than reading all about behind-the-scenes stuff. You can get plenty of that online but you know it’s accurate when it’s come from an official book with glossy photographs. 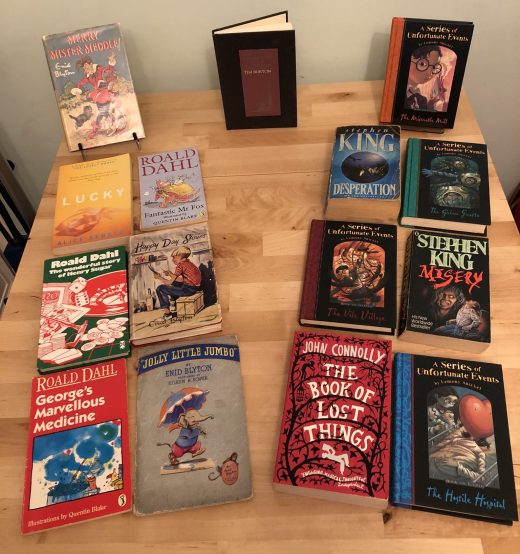 I had to perhaps widen the definition of ‘feelings’ to those beyond happy and sad etc, as long as you could more or less say “I feel…” I used it!

Happier feelings on the left:

A somewhat neutral one in the middle – The Melancholy Death of Oyster Boy by Tim Burton, and the less happy feelings on the right: 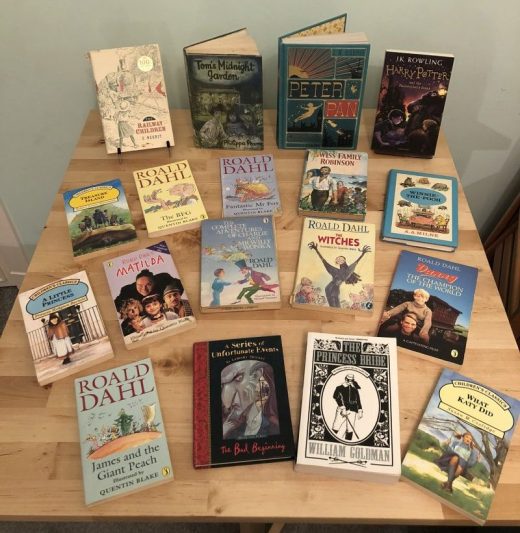 All books I have read and films I have seen!

How many have you read AND seen? 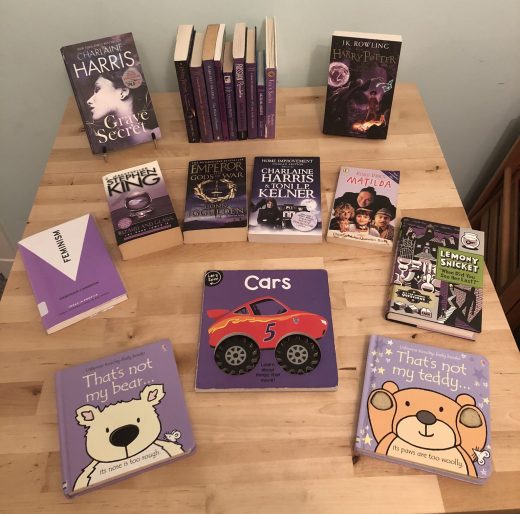 The title comes from The Color Purple by Alice Walker which does not feature as I don’t have it (nor have I read it).

From the back left (as always): 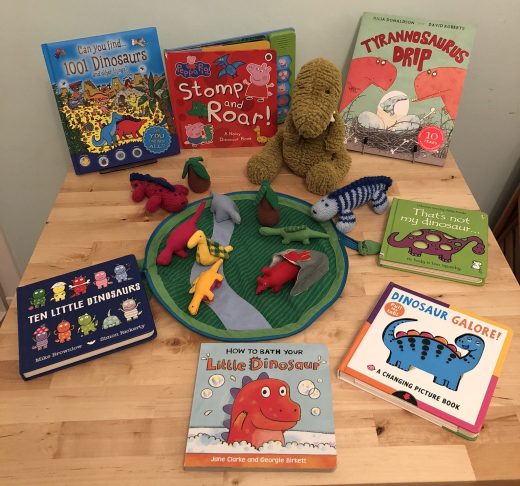 These are all Brodie’s books, though he’s not particularly into dinosaurs yet (he has plenty of time for that…) as he’s too busy with vehicles. 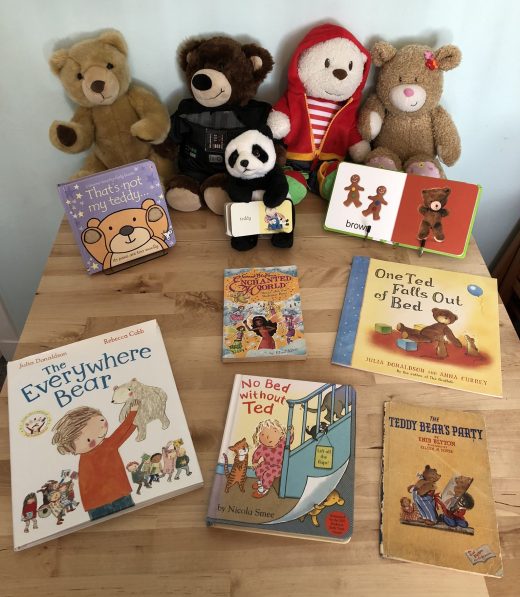 Various books about or featuring teddies including Bizzy and the Bedtime Bear which is a continuation of the Enchanted Wood series written by Elise Allen, and The Teddy Bear’s Party by Enid Blyton with illustrations by Eileen Soper. 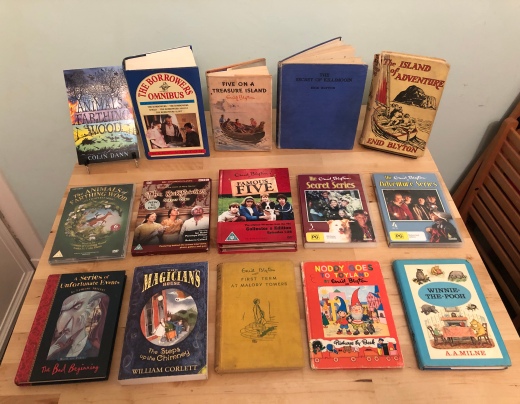 A little repetition from the film display as some have been adapted for more than one medium.

From the back left (back row has matching DVDs in front)

2 Responses to Locked down library displays week 4 and 5