I shared photos of my first week of displays here and now I’m back with what I did back in week 2 (it’s currently week 6…).

Fairly straightforward – books about treasure of some kind. 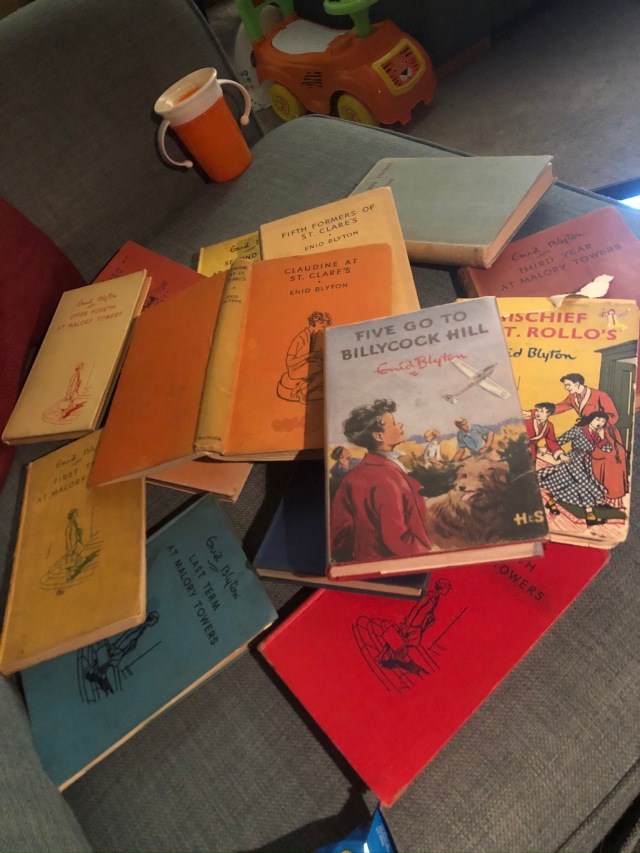 I didn’t manage a proper display on day 9 was I was working on my April Fool’s blog about jokes and pranks. These were some of the books I hauled off my shelves for research purposes.

Having had a lot of school books out that night the next day I did a proper display using books set in schools. 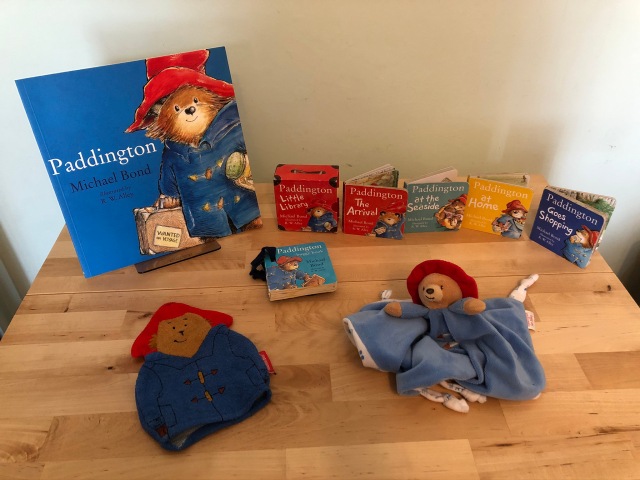 This was by request of my mum (by request I mean repeated demand) as Paddington is her favourite. Despite the Paddington on the right being Brodie’s less preferred comfort toy (he used to love them equally but try to put him to bed with this instead of the older dirtier one now and he’ll say no over and over) he still swiped it at least twice before I got a picture. 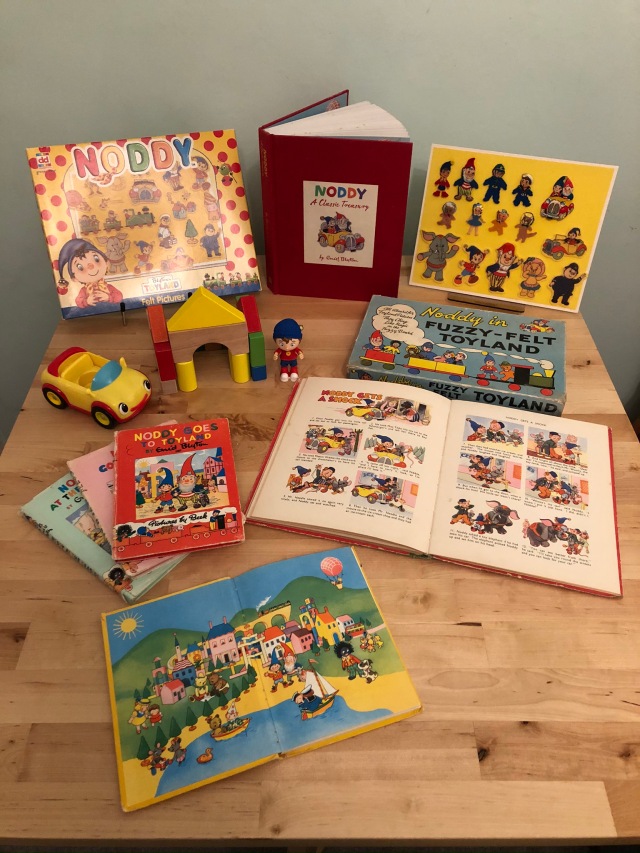 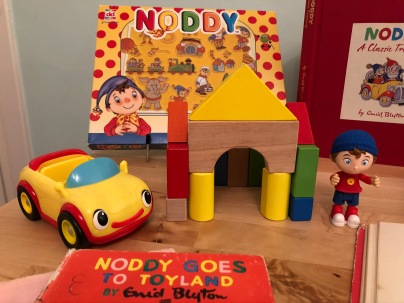 You can’t do Blyton displays without using Noddy!

I used two sets of Noddy Fuzzy Felts one from the 50s and one from the 2000s, as well as Noddy and his car (or Oui Oui as the packaging said in my case) who are beside Noddy’s house-for-one as built by me. At the back is my Noddy Treasury which contains the first four books. The large open book is My Second Big Noddy Book. 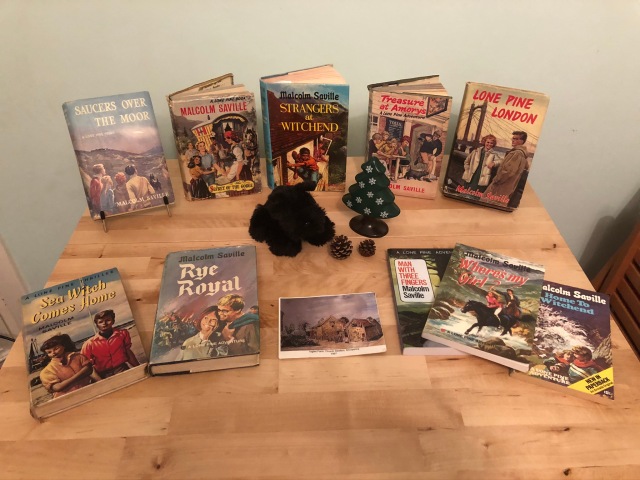 A selection from the 20 Lone Pine books (the ones I have with dust jackets or printed covers!). A little Mackie, a lone pine tree and some pine cones plus a postcard of Hemperley Farm in Church Stretton aka Ingles Farm in the books. 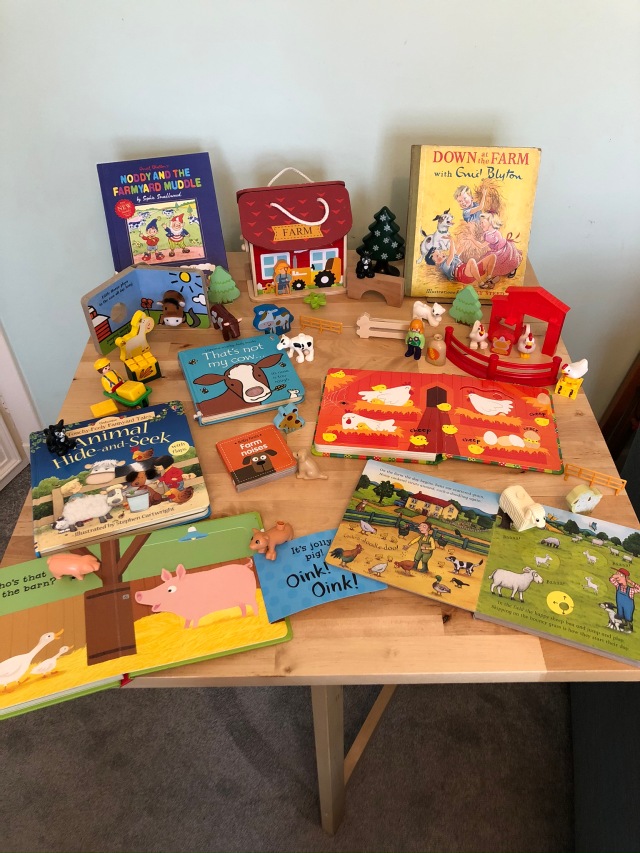 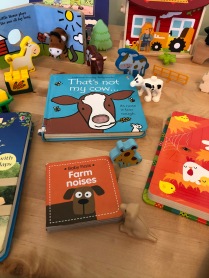 A number of Brodie’s farm books, plus a couple of Blyton ones at the back (again my others like The Children of Willow Farm etc don’t have dust jacket).

Brodie really liked playing with this one after I had photographed it.

Week two done, how many more weeks? Who knows.